Home > Sports > ‘You were right there to pick me up:’ Tom Brady’s heartfelt message to Julian Edelman 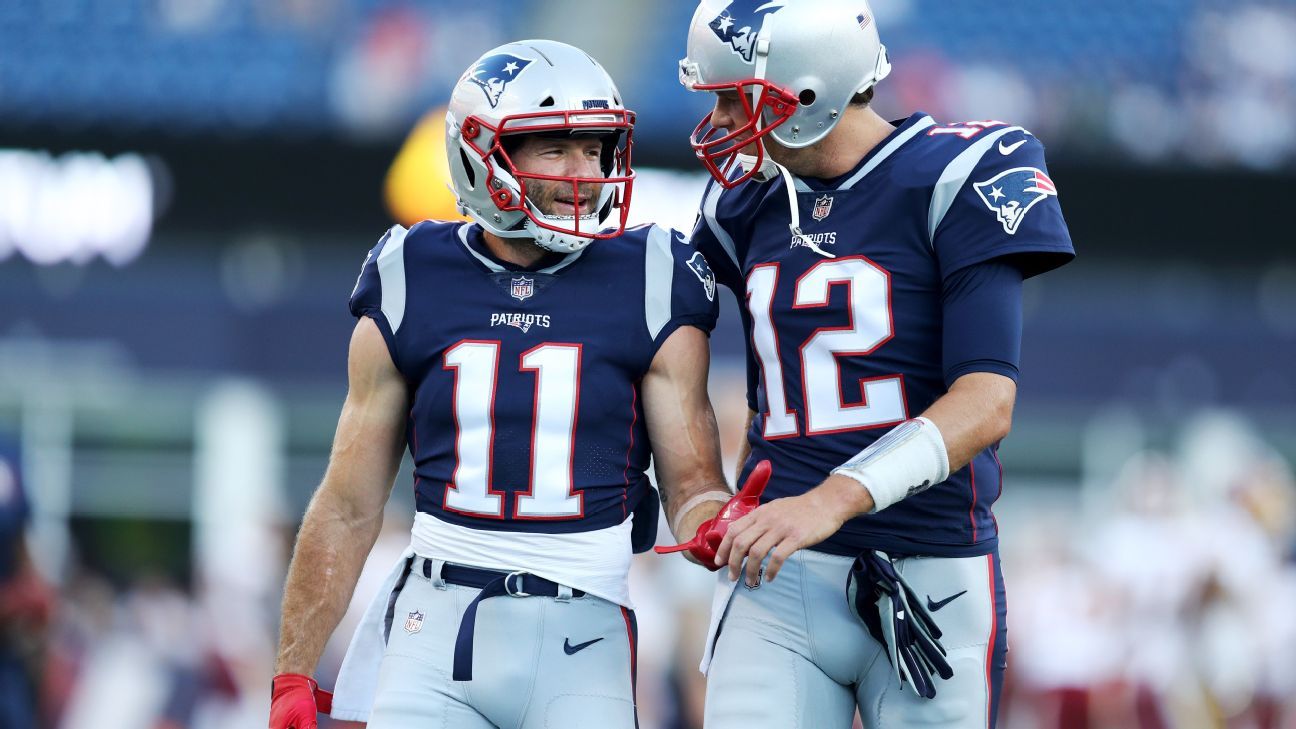 It is safe to say former New England Patriots teammates Tom Brady and Julian Edelman had a connection. With three Super Bowl titles together, the duo solidified their names in the New England Patriots’ record books and hearts of fans. Brady paid tribute to Edelman on Monday after the wide receiver officially announced his retirement from the NFL.

The source of their chemistry is a challenge to pinpoint. Maybe it’s because they were both late-round underdogs. Maybe it’s because two guys with California roots were just destined for greatness once they linked up in New England. Brady would complete 571 passes to Edelman, more than any other receiver in his career. Regardless of the reason, the football world was fortunate to witness a very special connection between the two.

Brady acknowledged Edelman’s impact on his career in a lengthy social media post.

“I am at the top of the list because when I was down and feeling sorry for myself at times, you were right there to pick me up. You were as tough as could be and I love you for all that you did to make our teams as great as they could possibly be.”

Here’s what Brady had to say via Instagram after Edelman announced his retirement:

The Nets Could Have Had It All With Dr. J

Kevin Durant apologizes to public as the Brooklyn Nets win

‘He’s so fun to watch’: Yankees’ Cole shows he’s an ace for the ages