Home > Sports > With Giovani Bernard gone, should Bengals draft a running back? 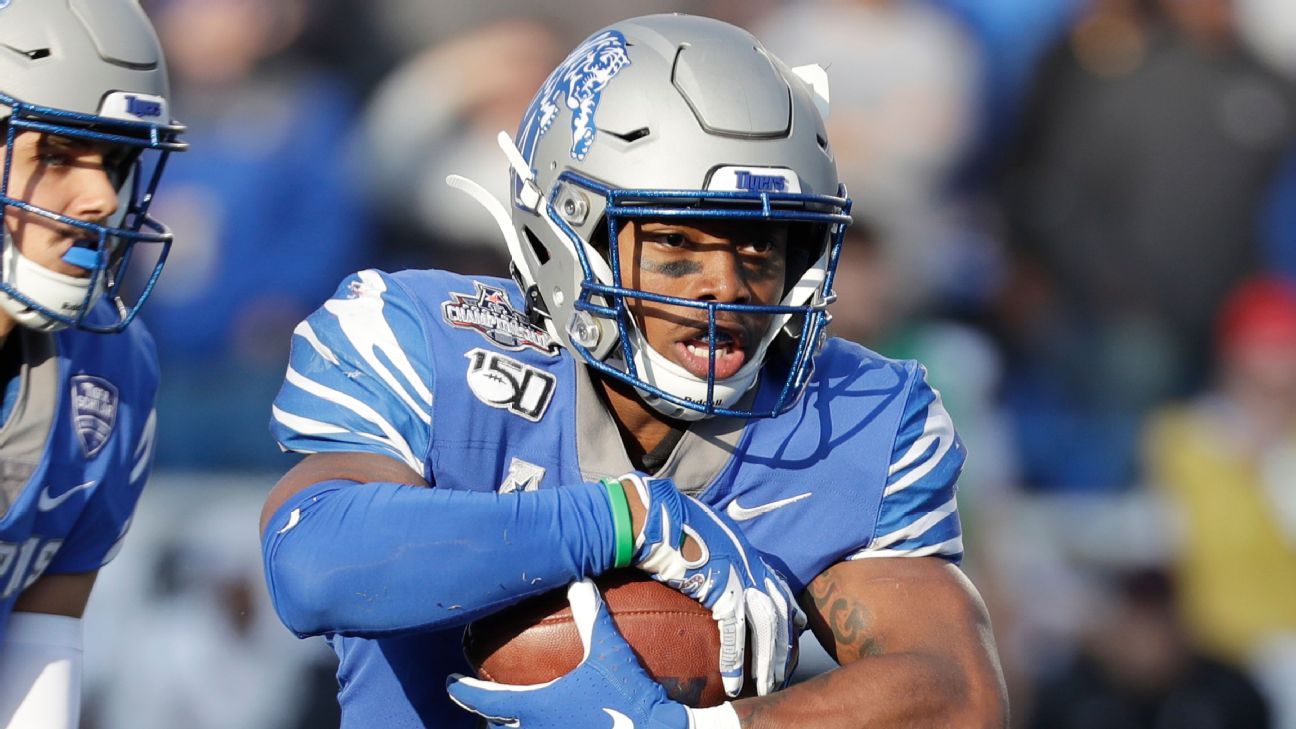 With Giovani Bernard gone, should Bengals draft a running back?

CINCINNATI — The Cincinnati Bengals recently had a big decision to make.

Should they keep running back Giovani Bernard or release him to get an additional $4.1 million in salary-cap savings? The choice was simple in the end.

After Bernard was unwilling to take a pay cut, the Bengals released the eight-year veteran, who was coming off a very productive 2020. That left the Bengals with a void on the depth chart behind established starter Joe Mixon.

The Bengals believe Mixon’s former college teammate Samaje Perine has earned a bigger role in 2021. That might be a valid argument, but running back could be a position worth exploring in the NFL draft (April 29-May 1 on ESPN/ESPN App).

Running backs can serve various functions, as the Bengals saw with Bernard and Mixon the past couple of seasons. ESPN analyst and former NFL quarterback Dan Orlovsky said a potential draft addition must have two qualities.

“He’s gotta be a slasher — one cut, foot in the ground [and] go with their zone run game,” Orlovsky said Tuesday. “Second thing, he has to be a capable pass-catcher.”

Bernard was used in the passing attack at a higher rate than Mixon during coach Zac Taylor’s two seasons in Cincinnati. According to ESPN Stats & Information, Bernard ran routes on 58.9% of his offensive snaps, while Mixon’s rate was at 42.4% through Week 6 of 2020, Mixon’s final game before he missed the rest of the season with a foot injury.

Bernard’s biggest highlight of 2020 almost produced a win. Late in the Bengals’ Week 7 game against Cleveland, Bernard went in motion on fourth-and-1 near the Browns’ goal line. Bernard jogged across the line of scrimmage before he suddenly shuffled his feet, flipped direction and created just enough space for a 3-yard touchdown pass. It gave the Bengals a lead they squandered in the final 66 seconds of a 37-34 loss.

Taylor gave Bernard full credit for making sure the risk paid off.

“He sold it,” Taylor said after the game. “He lost his man and then was free in the flat. So it was really good execution by all those guys, but I’d give most of the credit to Gio there.”

Bernard, who has signed a one-year deal with the Tampa Bay Buccaneers, was not only a capable receiver but also a trusted blocker on third down.

During a pre-draft teleconference with local media on Tuesday, Bengals director of player personnel Duke Tobin said Perine will take over for Bernard on the depth chart after the way he finished last season.

Perine amassed 181 total yards in the final two games, including a 95-yard rushing performance in a Week 16 win over Houston.

“Samaje’s role is gonna grow, and I think he earned that last year,” Tobin said, noting that the Bengals believe in Perine and Trayveon Williams, a 2019 draft pick who has seen limited time after a standout career at Texas A&M.

Orlovsky said the ideal running back for the Bengals behind Mixon is one who can do more than catch checkdowns. Ideally, that back should be able to win an option route against linebackers, a concept the Bengals used with Mixon at times in 2020. Last season, Bernard was the lone Cincinnati running back with less than 50% of his targets away from the line of scrimmage, according to NFL Next Gen Stats.

What you need to know about the Cincinnati Bengals:

Orlovsky mentioned Memphis’ Kenneth Gainwell as a potential option if the Bengals are interested in taking a running back. Gainwell is an all-purpose threat and the No. 8 running back in the draft, according to ESPN rankings. Gainwell rushed for 1,459 yards and 13 touchdowns but also caught 51 passes for 610 yards and three scores in his final season at Memphis.

After missing the final 10 games of 2020, Mixon is expected to be fully healthy for a pivotal 2021 for the franchise. He will look to show the form that earned him a four-year contract extension worth $48 million last summer.

There will be several questions about Mixon’s usage in the passing game and how he fits in the offense led by quarterback Joe Burrow. Bernard’s departure could reshape the roles for every Cincinnati running back and potentially create an opening to add a back in the draft.

Everton’s Megan Finnigan: ‘You learn so much from talking to Jill Scott’

The Nets Could Have Had It All With Dr. J

This Day in History: May 13