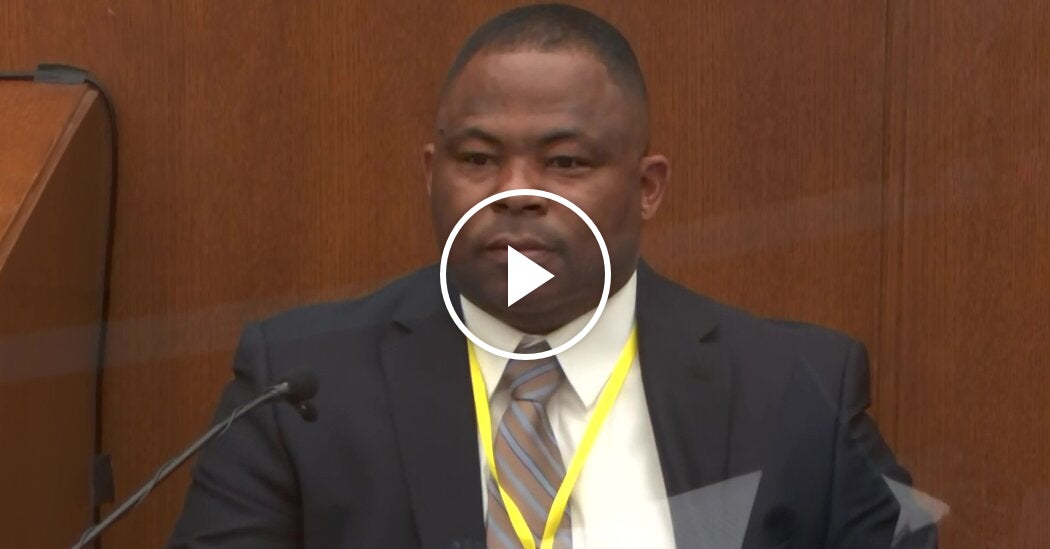 Video: Chauvin’s Use of Force Was ‘Excessive,’ L.A.P.D. Sergeant Says

“I reviewed all the body-worn videos, all the other videos that were provided to me that were cellphone videos, pulled videos, things of that nature — reports, manuals from the Minneapolis Police Department, as well as the training materials.” “Based upon your review of these materials and in light of the Graham factors, what is your opinion as to the degree of force used by the defendant on Mr. Floyd on the date in question?” “My opinion was that the force was excessive. When Mr. Floyd was being placed in the backseat of the vehicle, he was actively resisting the officers. So at that point, the officers were justified in utilizing force to try to have him comply with their commands and to seat him in the backseat of the vehicle. However, once he was placed in the prone position on the ground, he slowly ceased his resistance and at that point, the officers, ex-officers, I should say, they should have slowed down or stopped their, their force as well.”

A key witness in the state’s case against Derek Chauvin will likely plead the fifth.

With an eye on history, Biden moves on big, bold and progressive infrastructure package

‘No Excuse Not to Be Vaccinated’ in Texas, Which Expands Eligibility to All Adults