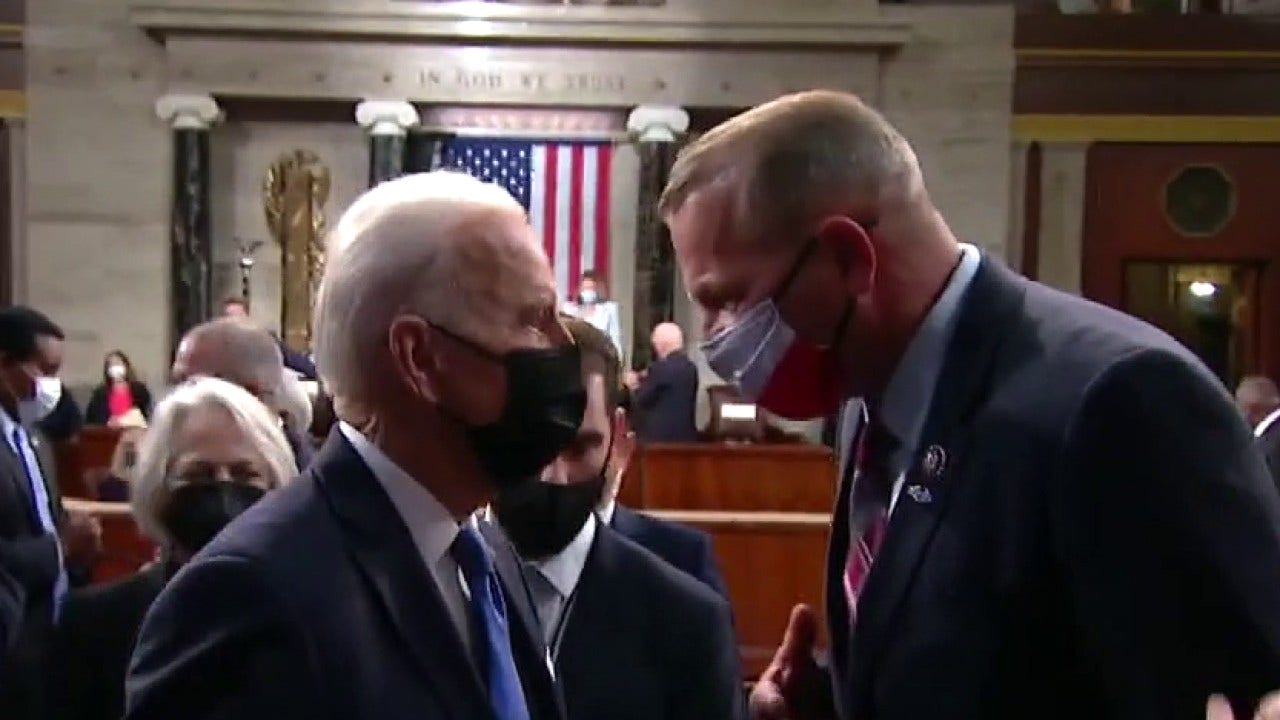 Freshman Rep. Troy Nehls, R-Texas, joined “America’s Newsroom” Friday to discuss the moment he pulled President Biden aside after his joint address to Congress to offer help on criminal justice reform using his experience as a former sheriff.

So now we have President Biden. We’ve seen more civil unrest in our country. And so I think President Biden is going to try to do something, I guess, meaningful. He wants to call it police reform. I don’t want to call it police reform. I think it needs to be called criminal justice reform. And I have experience in that serving as a sheriff in Fort Bend County, Texas, a large county, the most diverse county in the entire country.

I feel that I can add some meaningful insight to the conversation. And that’s what I asked him about and spoke to him about the other the other night.

The following morning, I was flying back into the district, but they did reach out to my office up in D.C. and we have a meeting scheduled on Tuesday. So I’m looking forward to developing this conversation. And hopefully we will have a president that will actually want to have some true, meaningful criminal justice reform.

$10,000 reward offered for info in deadly shooting of grandmother

I am once again asking for a normal, affordable apartment | Harron Walker

The U.S.and Europe debate how to get vaccines to countries that need them most.

As US pulls out of Afghanistan, China sees opportunities — and potential for chaos

‘No roadmap’: New Zealand mulls reopening options after a year of closed borders

LIVE UPDATES: Israel calls up 9,000 reservists ahead of a possible ground invasion

Agoraphobic pregnant woman can be forced into hospital, judge rules