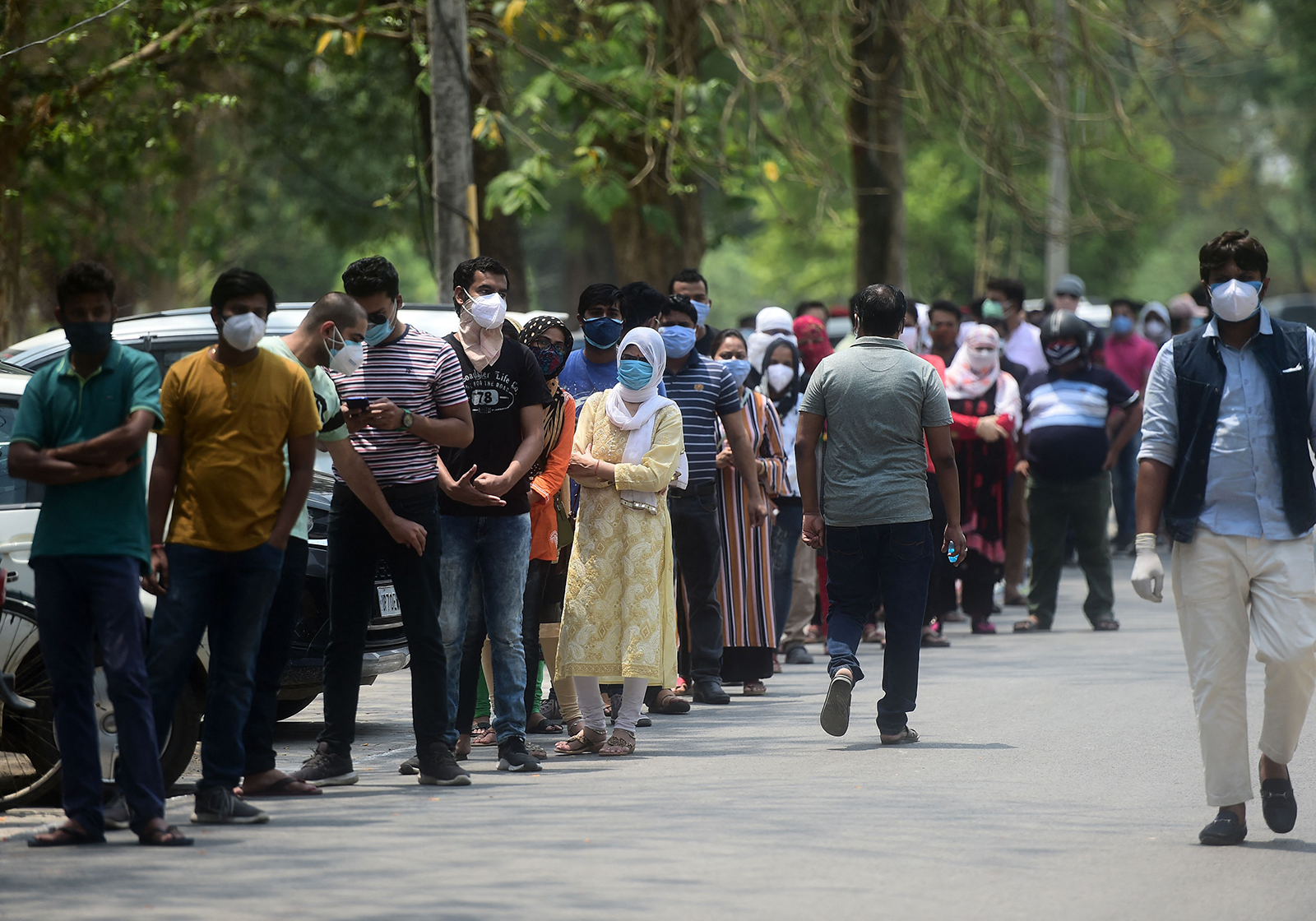 Several Indian states were forced to postpone their Covid-19 vaccination plans on Saturday due to supply shortages, authorities said.

At least seven states or union territories were impacted by vaccine shortages as confirmed by CNN. These include the states of Telangana, Andhra Pradesh, Punjab, Gujarat, Madhya Pradesh, Gujarat, Maharasthra and the union territory of Delhi, which includes the Indian capital, New Delhi.

India launched its vaccination drive on January 16, first prioritizing heath care and frontline workers, followed by people above the age of 60 and those over 45 with existing health conditions. The drive was expanded to include everyone above the age of 18 on Saturday.

India is facing a massive second wave of Covid-19 cases, reporting more than 400,000 in a single day on Saturday.

A total of 1,648,192 vaccine doses were given until 8 p.m., including 989,700 people who were given their first dose and 658,492 people who received a second dose, according to provisional figures in the press release.

Of those, 84,599 people between the ages of 18 and 44 received their first dose of a coronavirus vaccine, according to a press release issued by India’s Health Ministry on Saturday night. Fewer young people received vaccines because some states prioritized second doses and older people who hadn’t had their first dose.

As of Saturday evening Indian time, a total of 156,637,825 vaccine doses have been administered since January across the country. A total of 28,591,381 people have received their second dose, about just under 2.2% percent of the country’s 1.3 billion population.

Patients and hospitals beg for help as a catastrophic second wave batters India.

St. Louis couple who confronted protesters back in court

What got me through lockdown? Sharing pork belly with the next-door neighbours | Jay Rayner