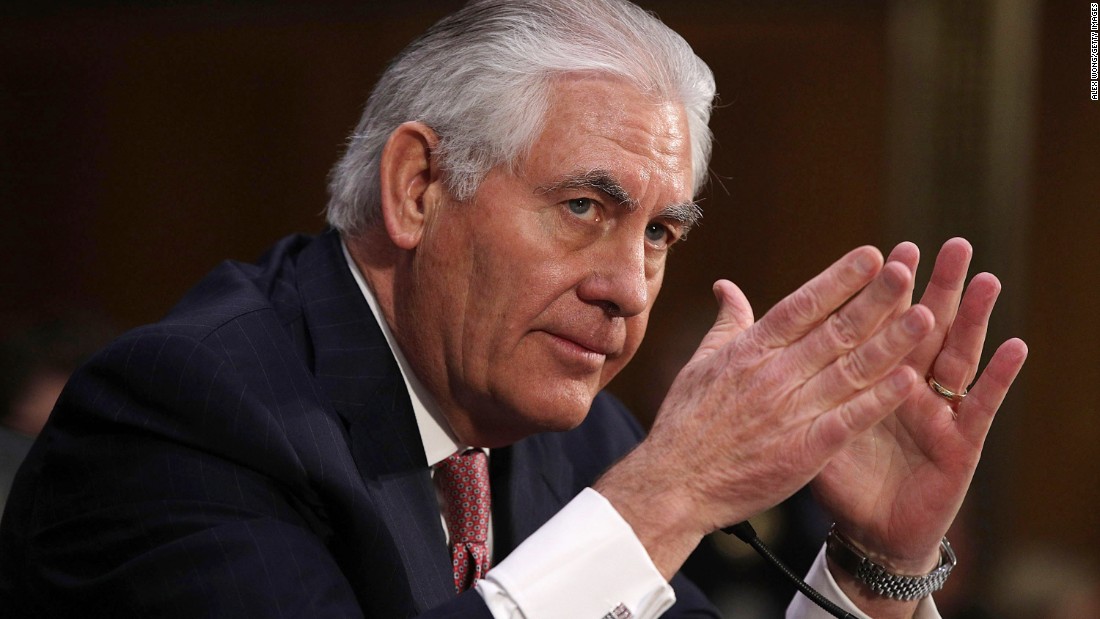 Here is a look at the life of former US Secretary of State and ExxonMobil CEO, Rex Tillerson.

An Eagle Scout, Tillerson served as president of the Boy Scouts of America (BSA) in 2010 and 2011. As a member of the BSA executive board, he helped advocate for the inclusion of gay youth in the Scouts. The organization reversed its ban on gay Scouts in 2013 and four years later, the BSA opened up membership to transgender youth. While Tillerson has a reputation as a BSA reformer, he has been criticized by gay rights groups because, under his leadership, Exxon continued to resist calls to implement policies protecting LGBTQ employees from harassment. In 2015, the company added sexual orientation and gender identity to its equal opportunity policy.

1975 – Joins Exxon as a production engineer.

1995 – Becomes president of Exxon Yemen and other overseas subsidiaries.

1998 – President of Exxon Ventures and Exxon Neftegas in Russia.

2004 – Becomes president of ExxonMobil and a member of the company’s board of directors.

2006 – Is named chairman and CEO of ExxonMobil.

2013 – Receives the Order of Friendship award from Russian President Vladimir Putin. During Tillerson’s tenure as ExxonMobil CEO, the company invests in oil production in Siberia, the Arctic Circle and the Black Sea.

December 13, 2016 – President-elect Donald Trump’s transition team announces that Tillerson has been nominated for secretary of state. Tillerson was recommended for the role by former Secretary of State Condoleezza Rice and former Secretary of Defense Robert Gates. Their consulting firm, RiceHadleyGates LLC has a contract with ExxonMobil.

December 14, 2016 – Tillerson announces that he will retire from ExxonMobil at the end of December.

January 11, 2017 – During his confirmation hearing, Tillerson is questioned about his ties to Russia and asked about what he will do to promote human rights abroad. In response to a query on global warming, Tillerson says he believes climate change is a serious issue.

February 1, 2017 – Tillerson is confirmed by the Senate by a 56-43 vote. All of the Republicans voted for him while most of the Democrats voted against him. Later in the evening, Tillerson is sworn in as secretary of state.

February 15, 2017 – Tillerson arrives in Germany on his first overseas trip. He represents the United States at the G20 summit in Bonn.

February 22-23, 2017 – Tillerson visits Mexico with Department of Homeland Security Secretary John Kelly. They make the trip to meet with Mexican diplomats amid tensions over border issues and new immigration policies. Enrique Peña Nieto, the president of Mexico, canceled a planned January trip to Washington to meet President Trump due to a dispute about a proposed border wall and Trump’s campaign pledge that Mexico would pay for the structure.

February 24, 2017 – The State Department announces that it will resume holding regular press briefings on March 6. Under previous administrations, the department took questions from reporters on a daily basis but the briefings were suspended after Trump took office on January 20.

March 14-19, 2017 – Tillerson makes his first trip to Asia, stopping in China, Japan and South Korea. During the visit, Tillerson declares that a new approach is needed to counter provocations by North Korea.

March 20, 2017 – Officials tell Reuters that Tillerson will not attend a NATO meeting in April, skipping the event so he can participate in talks with Trump and President Xi Jinping of China at Trump’s Florida resort, Mar-a-Lago. Officials also say the secretary of state is planning a trip to Russia later in April.

October 2017 – NBC reports that Tillerson called Trump a “moron” during a Pentagon meeting. Tillerson refuses to confirm or deny the allegation.

December 7, 2018 – Tillerson calls Trump “undisciplined” during an interview with former CBS News’ Bob Schieffer. “When the President would say, ‘Here’s what I want to do and here’s how I want to do it.’ And I’d have to say to him, ‘Well Mr. President, I understand what you want to do, but you can’t do it that way. It violates the law. It violates treaty,’” Tillerson says.

May 21, 2019 – Tillerson meets with Democratic chair Rep. Eliot Engel and ranking Republican Rep. Michael McCaul from the House Foreign Affairs Committee and their senior staff for an interview that focuses primarily on his time in the Trump administration.

Sold for just £2,500, is this lost Gainsborough actually worth £1m?