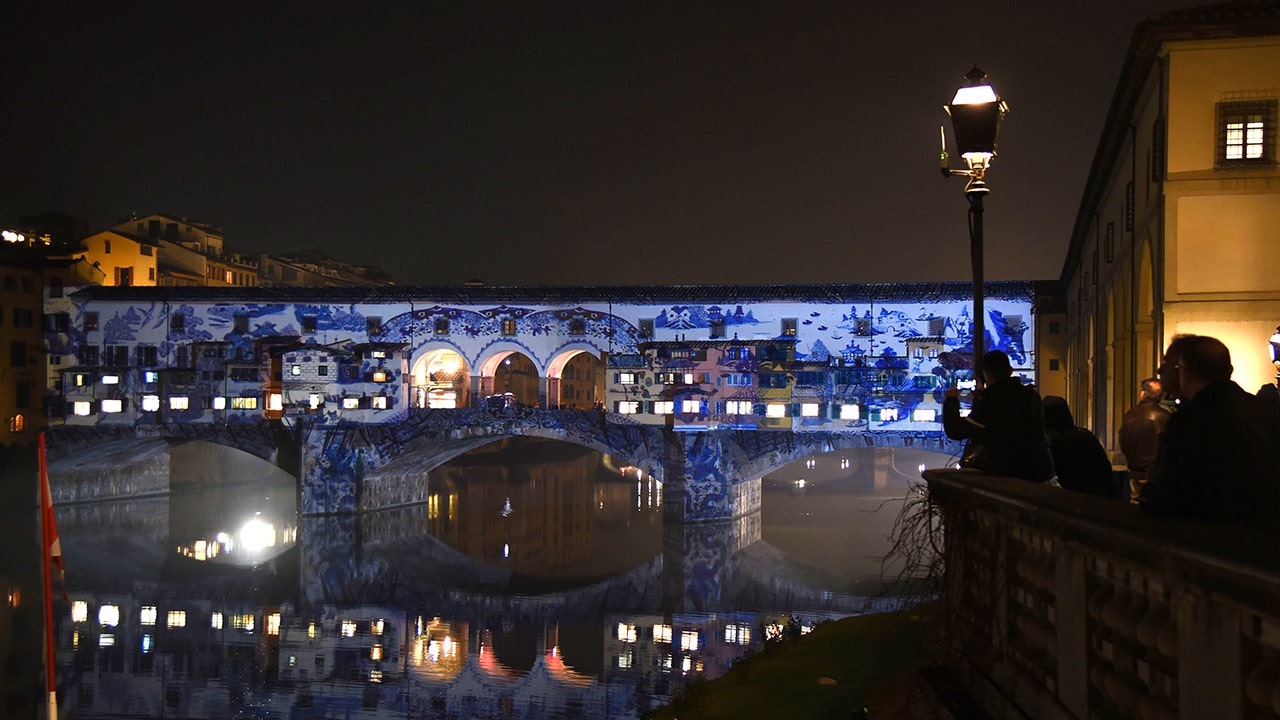 FLORENCE, Italy – The Renaissance city of Florence is proud of its heritage but not only proud. The people in charge of lighting this set-piece city hold onto another tradition: manually turning on the streetlights every night. It’s the only city in Italy that does it this way.

“We want to turn them on in the exact moment when one feels the need for artificial light,” explains Matteo Casanovi, president of Silfi, the company that runs Florence’s lighting systems. “And we can also save a few euros each year,” he adds.

Three squads keep an eye on the sky and shadows each day. They’ve got a few minutes of wiggle room each night to adjust timing depending on cloud cover and a host of other variables. When a wicked storm hit Florence a few years back, they made an exception and threw lights on much earlier than usual to give citizens a sense of comfort.

ANOTHER ITALIAN TOWN SELLING HOMES FOR $1

The Silfi headquarters is an archive as well as a working office, with a display of bulbs through the ages and the old switchboard that used to be housed in Palazzo Vecchio to set off the lights of Florence in a sort of domino effect.

The “mascot,” a 19th century streetlight, originally a gaslight, rises from the center of a spiral staircase. There is an electric cable pierced with a shard of glass collected from the scene of a bombing outside the Uffizi Galleries, carried out by the Mafia in 1993.

The place is full of people who live for light.

“I’m lucky because I was born to a father who worked with lamps and I continued to work in this sector for the most beautiful city in the world. If you don’t put passion into it, you don’t do it with love,” says technical director Antonio Pasqua. “There isn’t a manual that teaches you to light with love, it comes from inside.” He calls Florence the “living room” of Italy — it needs to be warm and welcoming.

The author illuminates the City of Lillies.
(Amy Kellogg/Fox News)

I’m invited to flick the switch on a recent evening and it feels like an honor akin to ringing the bell of the New York Stock Exchange.

REPORTER’S NOTEBOOK: FROM ABROAD, CAPITOL ASSAULT FELT LIKE ANOTHER 9/11

You actually turn a key at the front desk of Silfi once the light assessment field teams confer and call in to headquarters. Now!

And on go the streetlights of Florence.

It’s more than just choosing the right moment to turn on the city. It’s about embracing green technologies and budgets and security for residents, pedestrians and bikers. A watt here, a watt there makes a difference. They see it as all about looking after people.

“The most important word in our work is ‘service,'” says General Director Manuela Gniuli. “Giving to citizens and tourists what they deserve.”

Although traditionalists, the people who light up Florence are excited about LED lights, which they say are saving them millions and providing better illumination all at once. They have not yet finished that switch. It’s not just neighborhoods and streets of course. It’s monuments that need to get re-lit with just the right amount of shine to send a message, says Pasqua.

“Even half a watt to give a signal to a person passing … look, there is a symbol for you. Admire this. For us, this is a challenge.”

Op-ed: Former SEC chair Jay Clayton on what his grandparents taught him about investing

Tony Allen: There Is No End review | Ammar Kalia’s global album of the month

The gates were locked, a boy dying in a woman’s arms inside. This is what police have learned about the mass shooting in Orange, California

Where Boars Hog the Streets