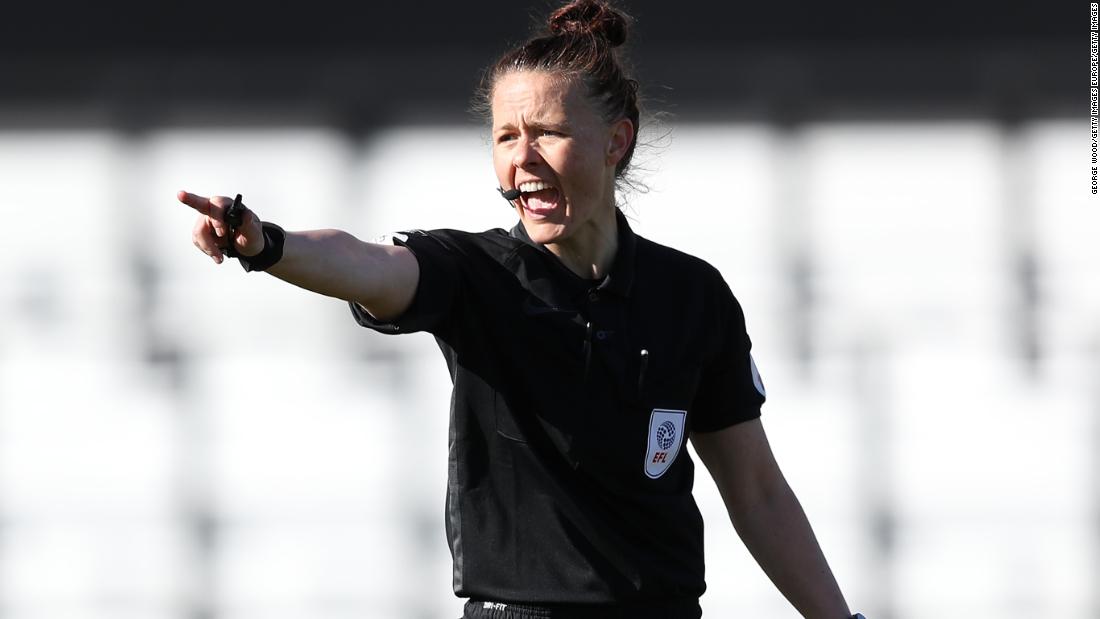 Back in 2010, Amy Fearn became the first woman to referee an EFL game after replacing the injured referee in the closing stages of a match, but Welch is the first to be officially appointed to a match

“Initially I wasn’t really aware of being appointed as the first female referee,” Welch said before taking charge of the match.

“I was just given the appointment and I was over the moon but when you kind of reflect on it you think you’re the first woman ever to do this, so I’m extremely proud and my family’s extremely proud as well.

Welch is an elite referee who has frequently officiated lower league men’s matches in the past. She also refereed the women’s FA Cup final at Wembley in 2017.

She now hopes her story will serve as inspiration and motivation for other female officials coming through the ranks.

“I do think it’s important to show that women who are in the top 1% of their category can proceed to the next level so it definitely makes others down the period look up and know that they can achieve the same,” she added, citing Sian Massey-Ellis who is currently the only female official operating in the Premier League.

Although Monday was considered a first step in breaking down barriers in English football, some reactions on social media show there is still a long way to go.

Whilst managers of both teams credited Welch for her performance, users on Twitter saw it as an opportunity to post sexist messages.

“We couldn’t let this opportunity pass without showing you how triggered it’s got some blokes,” tweeted women’s football podcast Two Girls Talk Balls in reaction to the messages. “Good to see the immense power of having a vagina lives on!”
In December last year, French referee Stephanie Frappart made history when she became the first female to referee a men’s UEFA Champions League match.

It is not the first top-level men’s game Frappart had taken charge of though. She became the first female referee to officiate a major men’s European final when she took charge of the UEFA Super Cup final between Liverpool and Chelsea in 2019.

Just a month prior to that, Frappart took charge of the Women’s World Cup final between the US and the Netherlands in France.

Minn. off hook for buyout of Pitino, now at N.M.

David Beckham’s Inter Miami could be a great team. But it has to win first

‘Don’t give up:’ Retired Raleigh officer with multiple sclerosis skydives with a Golden Knight

On the Menu at a Lunch in Italy: Protected Songbirds

Here’s what to expect from Procter & Gamble earnings