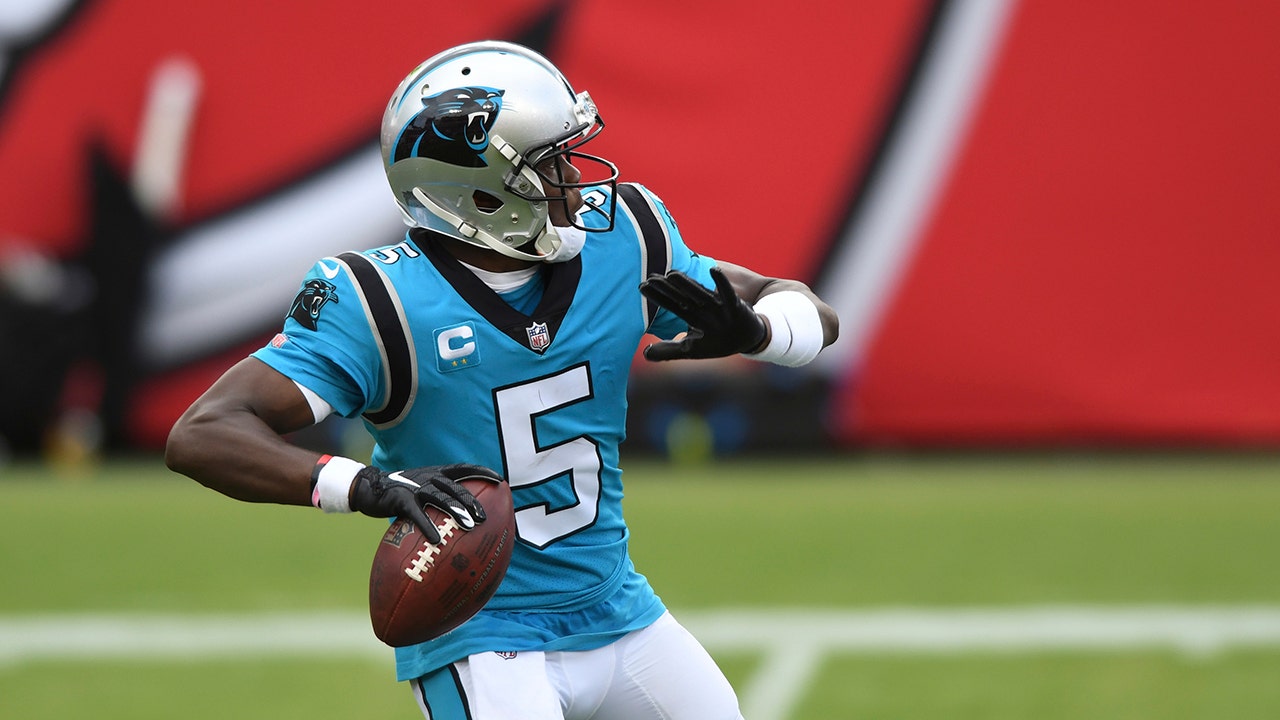 Sam Darnold will likely suit up for the Carolina Panthers as the team’s starting quarterback next season if general manager Scott Fitterer’s comments are any indication.

Fitterer addressed Teddy Bridgewater’s future with reporters on Monday after the Panthers acquired Darnold from the New York Jets in exchange for a 2021 sixth-round pick, as well as second- and fourth-round picks in 2022.

“We’re going to find the right place for him, whether it’s here or someplace else,” Fitterer said.

While he did not rule out Bridgewater’s return, sources on Tuesday told the NFL Network that the team has given the veteran quarterback the go-ahead to speak with other teams to possibly facilitate another trade.

Bridgewater’s contract will also come into play. He is due to make $17 million next season with $10 million guaranteed and then $20 million in 2022 — a contract that will likely be restructured regardless if he stays or goes.

Darnold’s departure from New York solidifies the belief that the Jets will choose a quarterback with the No. 2 overall pick in this month’s draft. BYU’s Zach Wilson is the heavy favorite.

Darnold was drafted by the Jets with the No. 3 overall pick back in 2018. In 12 games last season, Darnold threw for 2,208 yards with nine touchdowns and 11 interceptions, and he had the NFL’s lowest passer rating. The Jets finished with a 2-14 record.

‘They don’t belong in a concrete shed’: cows still happiest outside

Hailey Baldwin on quitting Twitter: ‘The thought of opening the app gives me bad anxiety’

A Love Letter to Black Women

A Soviet ‘Lord of the Rings’ Is Unearthed, Epic in Its Own Way

The bitter battle over tourism at Russia’s ‘Sacred Sea’