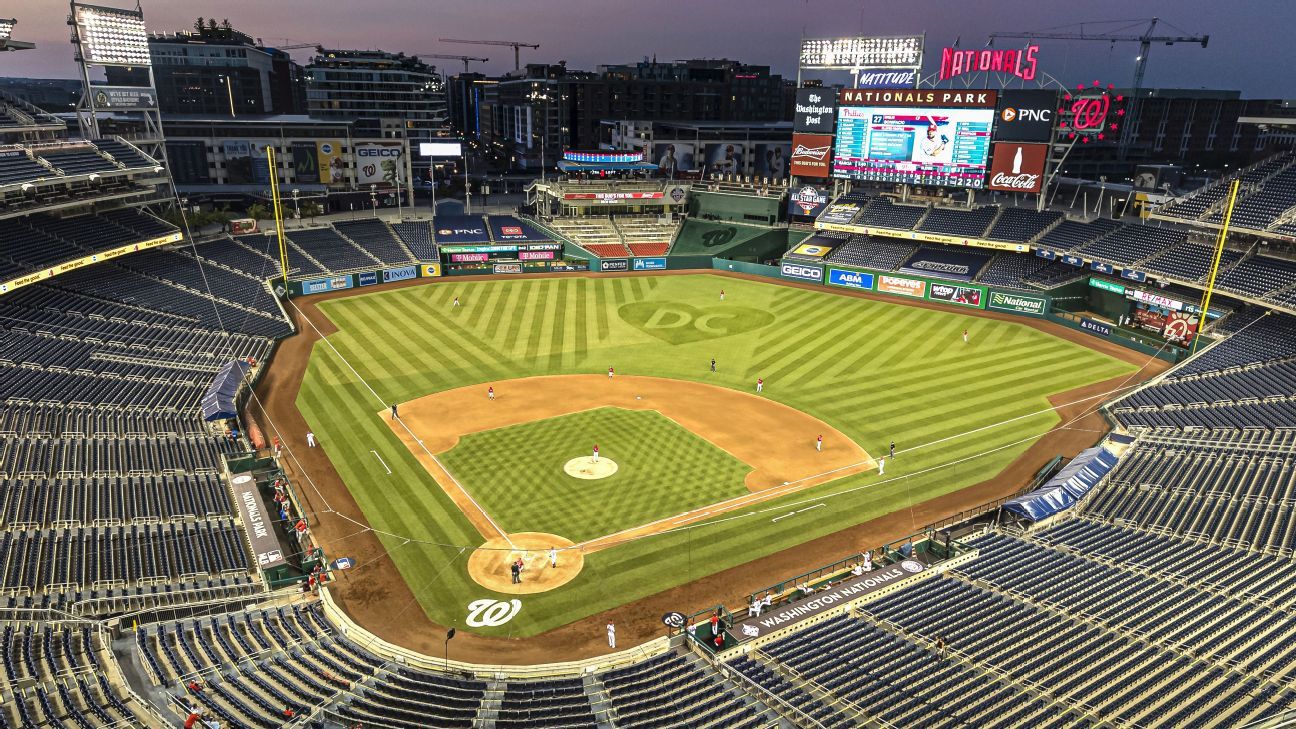 WASHINGTON — It’s rare for there to be an abundance of intrigue associated with an otherwise mundane workout the day before a baseball club opens its regular season. Run the bases. Field. Hit. Yawn.

In the Washington Nationals‘ case, the “full-team workout” held at their stadium under a clear blue sky Monday afternoon was worth watching because it hardly involved the full team. A coronavirus outbreak has sidelined 11 players — four of whom tested positive for COVID-19 — and delayed Washington’s first game that counts until Tuesday.

“Just anxious to finally get our season going,” said Max Scherzer, slated to face the visiting Atlanta Braves on Tuesday.

The Nationals haven’t announced who is in isolation because of test results or which additional seven players are under quarantine because contact tracing determined they could have been exposed to the illness.

Asked whether it’s possible his Game 1 lineup for 2021 could feature as many as five starting position players who weren’t expected to be there on Opening Day, manager Dave Martinez replied: “It is possible. We’re going to make it work.”

So this time it mattered who actually was stretching on the carefully mowed stripes of green grass in right field, only somewhat socially distanced and with masks an optional accessory. The 26 players who made an appearance included Scherzer, who was supposed to start Opening Day this past Thursday before Washington’s three-game series against the New York Mets was called off.

Among the key folks not present on the field while the media were allowed in the press box: shortstop Trea Turner, first baseman Josh Bell, second baseman Josh Harrison, and catchers Yan Gomes and Alex Avila.

A measure of how short on players the Nationals are: Martinez said Jonathan Lucroy, a 34-year-old catcher who has played for seven teams and spent spring training with the Chicago White Sox, recently was signed and could start Tuesday if his COVID-19 testing results come through and are clean.

One player cut late in spring training who was on hand Monday: third baseman Carter Kieboom.

“Very rarely — probably never — have you played with the same team on the field the entire season. We kind of look at it like that,” said Ryan Zimmerman, the only first baseman to take part in drills Monday. “We have confidence in our whole roster. We have some guys that are going to step up and play well.”

The 2019 champion Nationals and NL East rival Atlanta, which is 0-3, will wrap up a three-game set with a pair of seven-inning contests Wednesday, when Monday’s postponement resulted in the shift to a doubleheader.

Martinez said World Series MVP Stephen Strasburg will start one of those two games but said he hasn’t chosen a pitcher for the other.

Rizzo insisted on getting his players some prep time together after going a week since their last group activity — an exhibition game in Florida on March 29 — because of the coronavirus issues. The team gathered Sunday night at Nationals Park for an initial workout.

“It’s really big. Just get the blood flowing through you, your body and everything,” Soto said. “Get your muscles started going again and get ready for the day, to play at least nine innings and be ready for that.”