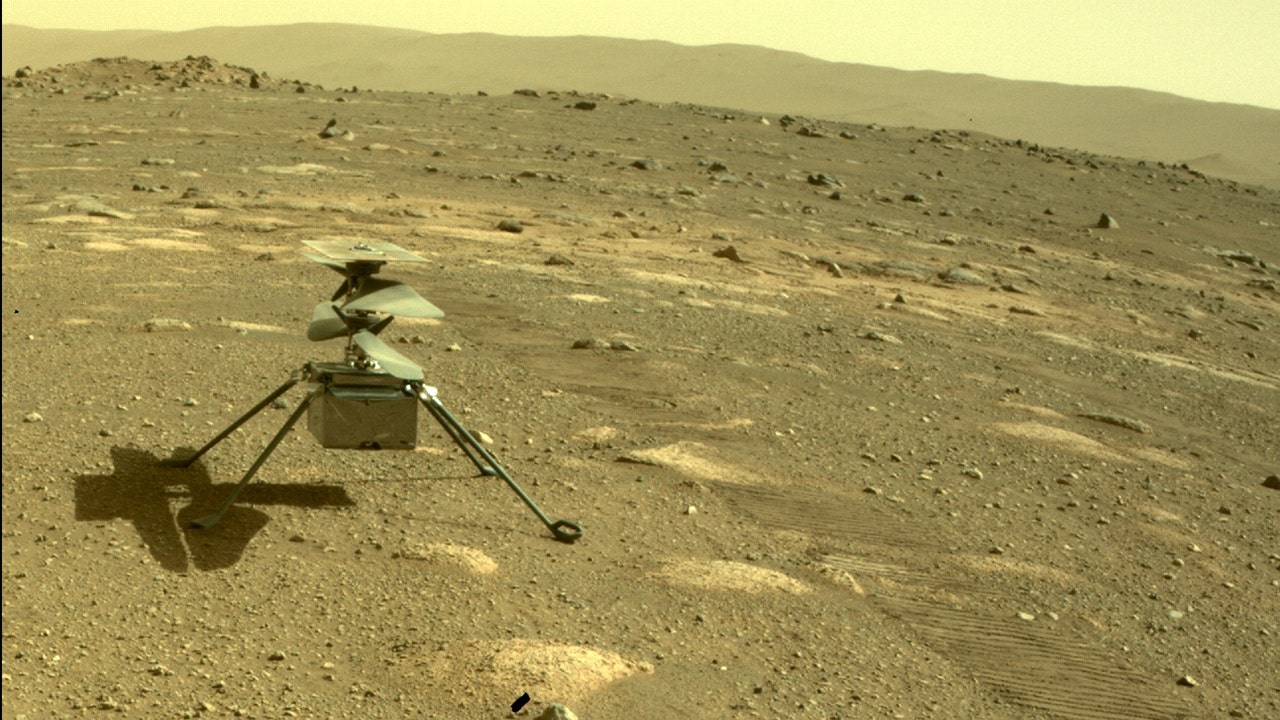 NASA’s helicopter on Mars, the four-pound “Ingenuity,” failed to get off the ground for its fourth flight Thursday, but NASA said it is safe and will try again Friday.

Previous test flights for the helicopter went well, with Ingenuity rising up 16 feet in the air during the third flight last Sunday then flashing downrange about 50 yards at a speed of 6.6 feet per second.

The cause of Thursday’s hiccup was a “watchdog” timer issue that prevented Ingenuity from transitioning to “flight mode.”

Flying on Mars is no easy task, as the atmosphere is incredibly thin, about 1% that of Earth’s. Nighttime temperatures on the Red Planet can also drop as low as minus 130 degrees, potentially freezing any unprotected electrical systems.

“Mars is hard,” MiMi Aung, project manager for Ingenuity Mars Helicopter, said before the test flights. “Our plan is to work whatever the Red Planet throws at us the very same way we handled every challenge we’ve faced over the past six years – together, with tenacity and a lot of hard work, and a little Ingenuity.”

Ingenuity originally touched down at an ancient river delta on Mars in mid-February aboard Perseverance before coming out of the rover’s belly on April 3.

​​NASA’s Perseverance Mars rover took a selfie with the Ingenuity helicopter, seen here about 13 feet from the rover. This image was taken by the WASTON camera on the rover’s robotic arm on April 6, 2021, the 46th Martian day, or sol, of the mission.
(NASA/JPL-Caltech/MSSS)

Once Ingenuity’s test flights are completed, the Perseverance rover will set off in search of past microscopic life.

Ingenuity was built at NASA’s Jet Propulsion Laboratory in California and is carrying some wing fabric from the Wright Flyer that made the first ever flight on earth at Kitty Hawk, North Carolina in 1903.

CDC advisers are considering 4 choices on J&J vaccine, including a complete end to its use

Workers could get 12 weeks of paid leave under Biden’s plan. Here are the details

How Long Will This Child Live?