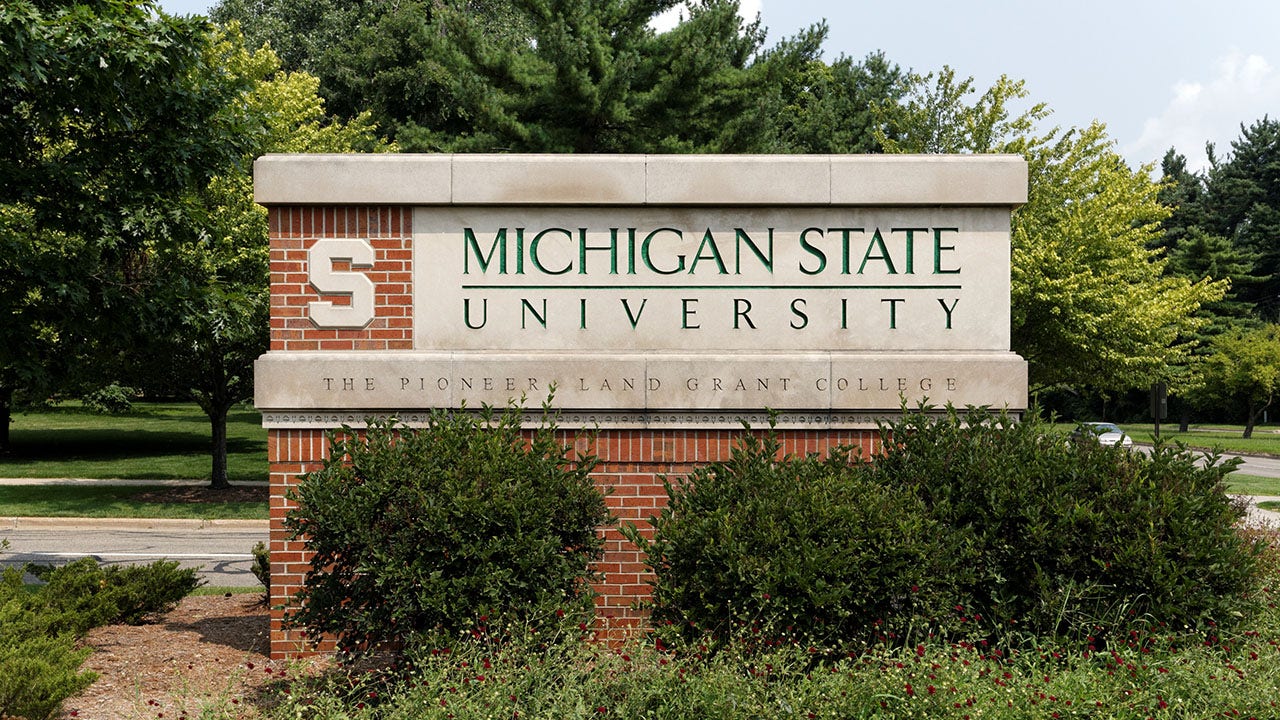 A Michigan State football recruit has been accused of threatening to release video of an underage girl performing a sex act on him if she refused his advances, police said.

Steffan Lamar Johnson, an 18-year-old incoming cornerback who signed with MSU in December, was arrested in North Port, Florida, on charges of extortion and transmission of a sexual performance by a child, WWSB reported.

Cops in North Port responded to a call from the girl’s father, who claimed Johnson threatened to post video of his daughter if she didn’t have sex with him, according to the report.

The video was allegedly recorded when the victim was 15 and Johnson was 17, according to a police report obtained Thursday by the Detroit Free Press.

JAILED MICHIGAN DEM WARNED OFFICERS ‘BIG GRETCH’ MIGHT BE UPSET BY NO MASK FOR HIS BOOKING PHOTO: REPORT

Johnson is accused of threatening to post the footage on social media in an attempt to “injure the reputation” of the girl, whose father contacted cops Wednesday, according to the newspaper.

Johnson had earlier visited the girl’s home and asked her to meet him outside. The girl complied with Johnson’s request and said that he asked her to kiss him, according to the police report.

After she denied that advance, she walked back to her house and “received a video of herself performing oral sexual acts” on Johnson via text, as well as a threat to post it online, police said.

The three-star recruit from Venice High School in Florida tweeted in November that he intended to commit to MSU. Earlier this month, Johnson said he planned to attend the team’s spring game on April 24 — just five days before his arrest, according to jail logs.

Johnson has been released from custody after posting bond, online records show. It’s unclear if he’s hired an attorney who could comment on the charges he faces.

A Michigan State spokesman told the Detroit News that the university’s athletic department was aware of Johnson’s arrest and was monitoring the situation.

Johnson, of Venice, Florida, is listed as 6 feet 2 inches and 185 pounds in jail records. He had 10 offers to play college football and also runs track, according to 247Sports.com.

This story first appeared in the New York Post.