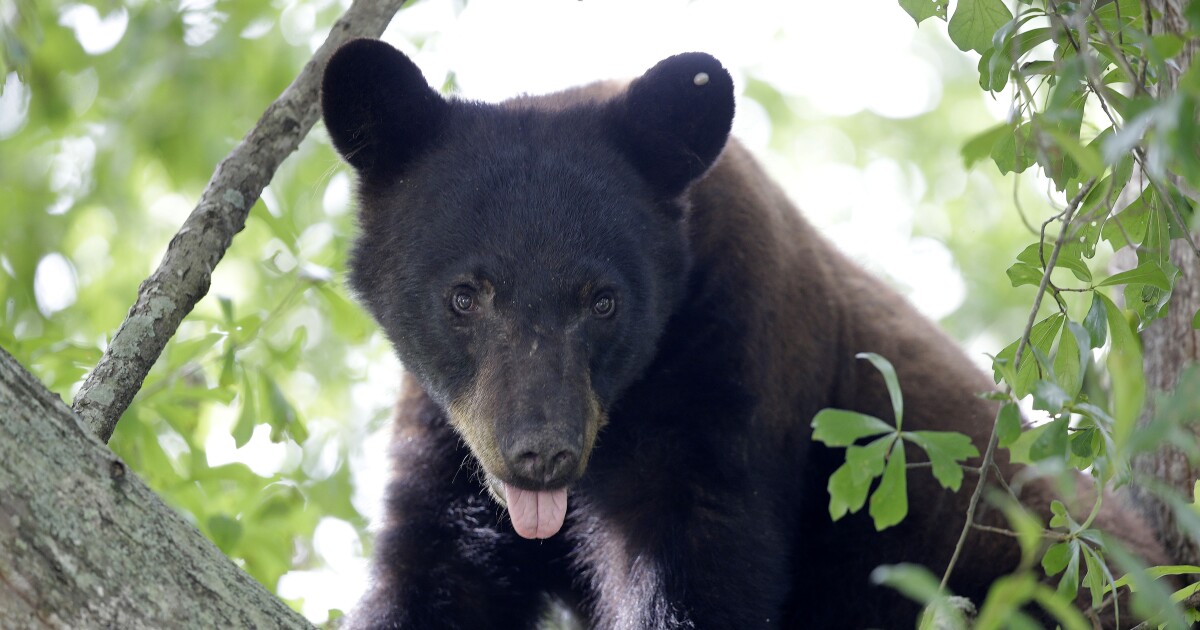 An adult Louisiana black bear captured earlier this week was euthanized because it had become habituated and too reliant on human food sources, Louisiana Department of Wildlife and Fisheries personnel said.

The 200-pound bear was captured by LDWF Tuesday night in Port Allen. It initially appeared in Port Allen on Saturday and returned to the neighborhood area on Tuesday, rummaging through garbage cans and porches for food.

LDWF works to educate the public about removing all attractants that have caused bears to stray into human populated areas, but officials say some become dangerously human habituated, like in this case.

“We’ve worked so hard to re-establish the Louisiana black bear population in our state and any time we have to euthanize one it is a hard decision,” LDWF Secretary Jack Montoucet said. “This is always a last resort in these cases. Unfortunately, bears like this one, that have become too dependent on human food sources, cannot be successfully relocated. Public safety is our utmost concern and that’s why this difficult call was made.”

When a bear has learned to access human sourced food associated with residential areas, it can cause a behavior progression that becomes a human safety risk, according to LDWF. This particular bear “demonstrated dangerous behaviors in his search for human sourced food, therefore the decision was made to euthanize the bear.”

Here are some practices from LDWF that will limit human-bear conflicts:

For more information on how to prevent human/bear conflicts, click here.

To reach the newsroom or report a typo/correction, click HERE.

In Nepal, oxygen cylinders from Mount Everest could soon be used by Covid patients.

Ad software company DoubleVerify up 28% on first day of trading

Social Security’s cost-of-living adjustment could be higher next year. But that doesn’t necessarily mean the money will go farther

Where Ukrainians Are Preparing for All-Out War With Russia

A Barcelona Star on Style, Substance and Another Champions League Final