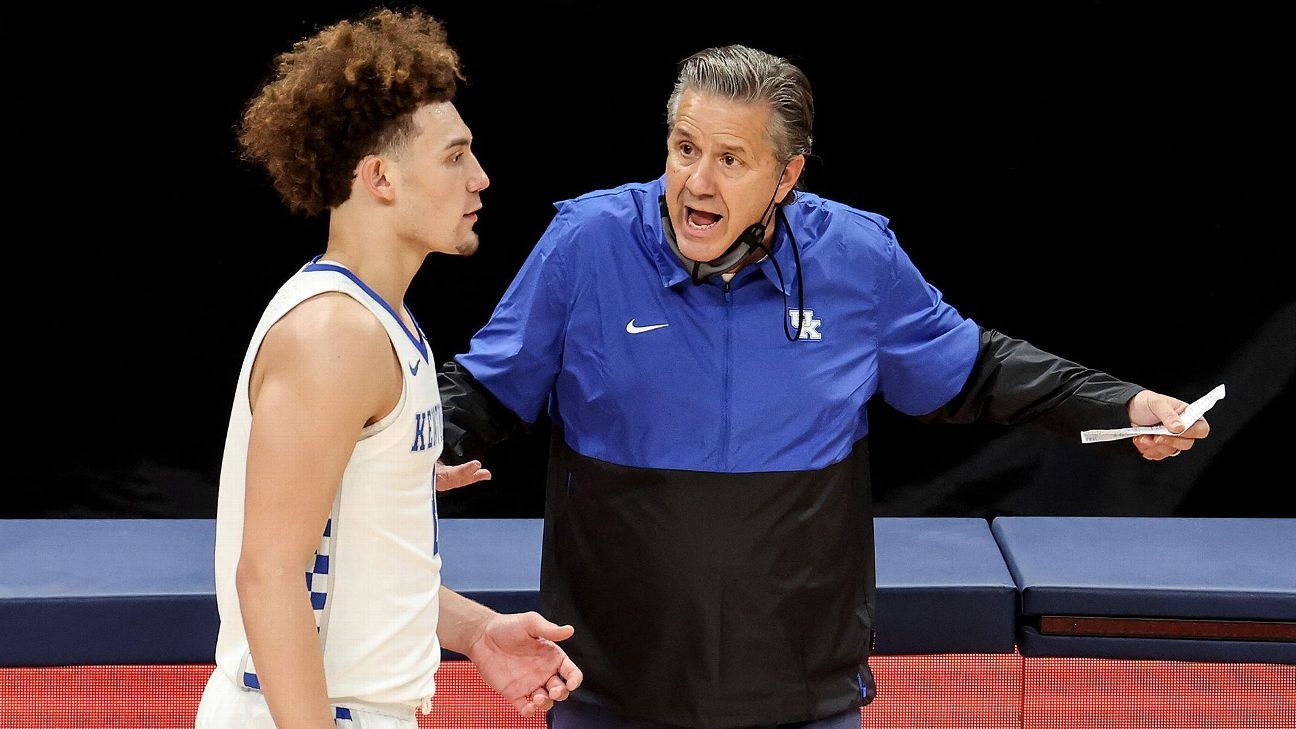 Askew, a 6-foot-3 point guard from California, started 20 games during his first season in Lexington. He averaged 6.5 points and 2.9 assists but struggled shooting the ball and was inconsistent taking care of the ball.

Askew was the No. 26 prospect in the ESPN 100 for 2020. He reclassified from the 2021 class shortly after committing to the Wildcats.

“I am thankful for the opportunity I had to play basketball at the University of Kentucky,” Askew said in the school’s statement. “I am also thankful for the coaching staff as they provided an experience that contributed to my development in this game I love. My teammates will be my friends forever and I appreciate how they pushed me day in and day out to get better.”

John Calipari is facing another rebuild after a 9-16 campaign, with Askew the second player to transfer out of the program since the season ended, following Cam’Ron Fletcher. Three players entered the NBA draft, with B.J. Boston and Terrence Clarke likely to stay and Isaiah Jackson leaving the door open for a return to Lexington.

“This is the part of the business I hate,” Calipari said in the release. “I wish I could coach every kid for four years, but I have to respect Devin’s decision and I do. I will always be here to help him. My hope — and I told him this — is that he takes the fight he learned here with him wherever he goes. He was a great teammate and improved in so many ways as the season wore on. I will be rooting for Devin as he takes this next step.”

Kentucky has three ESPN 100 prospects entering the program next season, along with West Virginia transfer Oscar Tshiebwe and Davidson transfer Kellan Grady. The Wildcats are also expected to search for another guard on the transfer market.

Day: Fields ‘checks all the boxes’ as NFL prospect