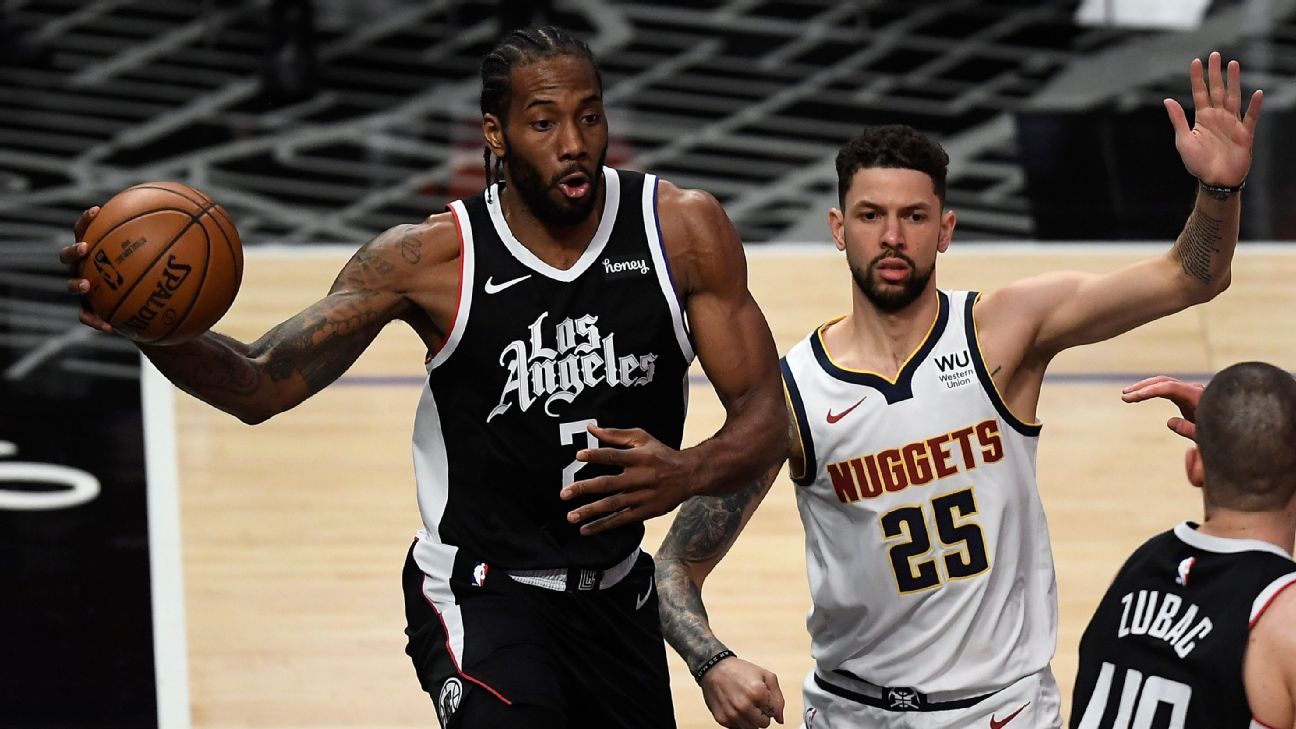 Kawhi Leonard said there is “nothing significant” with his foot injury and that he has been playing with it for some time.

In his first game back after missing the previous five games due to right foot soreness, Leonard had 16 points, six assists and five rebounds in 30 minutes in the LA Clippers‘ 110-104 loss to the Denver Nuggets at Staples Center.

“I’m feeling good,” Leonard said in his first comments since April 9. “We took the proper steps to get me right, to make sure nothing significant is wrong with me … so hopefully we can just keep moving up from here.”

When asked if he will have to play through this foot injury for the remainder of the season, Leonard said the issue is not something that just developed after the last time he played against Minnesota on April 18.

“Yeah, I mean, I’ve been doing it,” Leonard said. “It’s not something that just occurred after the last game. But I’ll be all right, I’ve been through situations like this before.”

The Denver Nuggets spoiled the All-Star’s return by overtaking the Clippers for third in the Western Conference. The Nuggets beat the Clippers for a second time this season and took the season series and tiebreaker between the two teams.

For the Clippers, though, Leonard’s return was more important. Leonard had missed nine of the Clippers’ previous 10 games.

“It was great to share the floor again with him,” said Clippers All-Star guard Paul George. “He’s gonna find his rhythm. You know, I thought he looked good tonight.”

George added: “Hopefully we can continue to keep him healthy. But he’s going to be better and better. That’s just who Kawhi is.”

With seven games remaining in the season, the Clippers want to develop as much chemistry as they can with their starters on the floor together. Serge Ibaka, who was the starting center when healthy, missed his 25th consecutive game with a back injury.

Starting point guard Patrick Beverley missed his 12th straight game with a fractured hand on Saturday. Beverley has played in only two of the past 26 games due to injuries, but Clippers coach Ty Lue said he could return sometime in the next few games if he continues to progress.

Leonard said he traveled with the team on its recent road trip to make sure he remained with the players and team and help develop chemistry, something the team was missing when it blew a 3-1 lead and lost in the second round to Denver last postseason.

“Just making sure the team sees my face,” Leonard said of staying with the team on the road while he was out. “Just wanted to still be in that motion, be in that rhythm and most importantly letting guys know I’m here and you know, just let them hear my voice and see my face.”

Asked if the team has enough time to gel before the postseason, Leonard said, “You know I’m back, we just going to have to do it with what we have. We won games before so we just got to keep this rolling and see the adjustments and the players are going to play in certain situations to help us win games.”

The Fiver | Manchester City, Manchester United and the tale of the daddy long-legs. Again

Who would have won Premier League-era titles without the ‘big six’? | The Knowledge