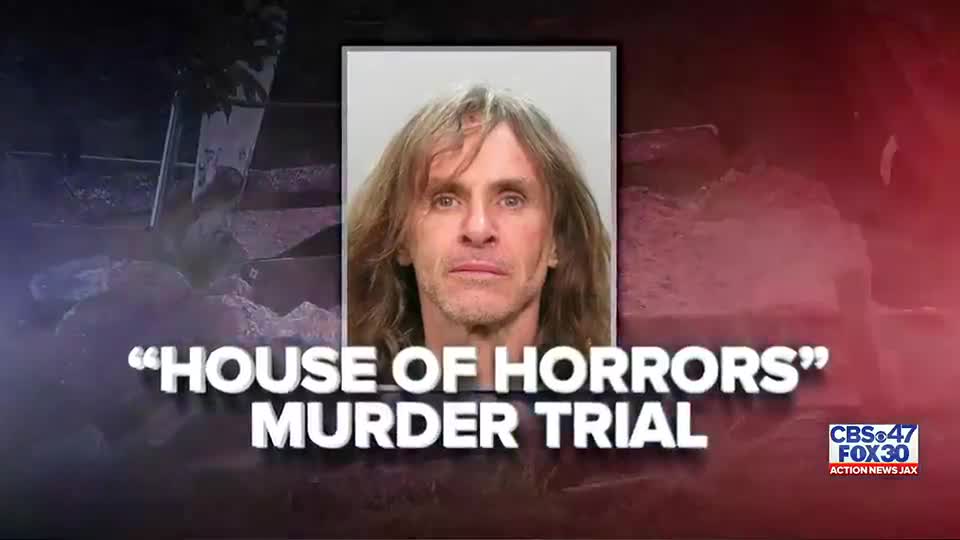 JACKSONVILLE, Fla. — The murder trial for Russell Tillis, the man accused of killing a woman and burying her dismembered body, will start Monday, after years of being delayed.

Russell Tillis was arrested on March 18, 2015 at his home for two outstanding misdemeanor warrants. He violently resisted arrest according to the Jacksonville Sheriff’s Office, and was in jail awaiting trial on charges of aggravated assault and simple battery on a law enforcement officer.

On Feb. 5, 2016, an inmate contacted detectives and said Tillis confessed to killing a woman in his house, dismembering her body and burying her in the yard.

Authorities obtained a warrant and served it on Feb. 10, 2016. The Jacksonville Sheriff’s Office found human remains at his ”booby-trapped” Southside home on Bowden Circle East after following up on the tip, the next day.

Police later identified the body as Joni Gunter, through DNA testing by the University of North Texas. The medical examiner said she died of blunt force trauma.

Gunter was a transient who was known to frequent the Southside area. It is believed that she died between February 2014 and May 2015, police said, and was about 30 years old.

In December of 2016, Tillis was charged with murder.

HOUSE OF HORRORS AND THE SEARCH FOR MORE POTENTIAL VICTIMS

Neighbors of Tillis dubbed his Southside residence as a “House of Horrors.”

“People were scared of him. He’d throw things at people, is what I heard. (He’s a) pure mean, evil person (who) should have been locked up a long time ago,” neighbor Brenda Smith said at the time.

When officers initially tried to serve Tillis the active warrants at his home, police said Tillis ran away from them and led them through an area where he had placed boards with 4-inch nails facing upward.

Following his arrest on the murder charge, JSO announced that he targeted vulnerable young women with a history of prostitution or drugs.

“We believe it’s highly likely that other females were victimized by Tillis, including potentially other murders,” JSO’s assistant chief said during a news conference.

Investigators searched his home again shortly after Gunter’s body was found for other bodies. None were found.

Tillis is representing himself in the case and the death penalty is on the line.

Action News Jax’s Bridgette Matter and Robert Grant will be inside the courthouse to cover the trial as Tillis questions potential jurors.

Watch FOX30 and CBS47 for live updates on the case.

Floods and Mudslides in Eastern Indonesia Leave at Least 41 Dead

Northern NSW snap Covid restrictions to be lifted at midnight

What’s the buzz? Why the cottagecore garden trend is great for bees and biodiversity