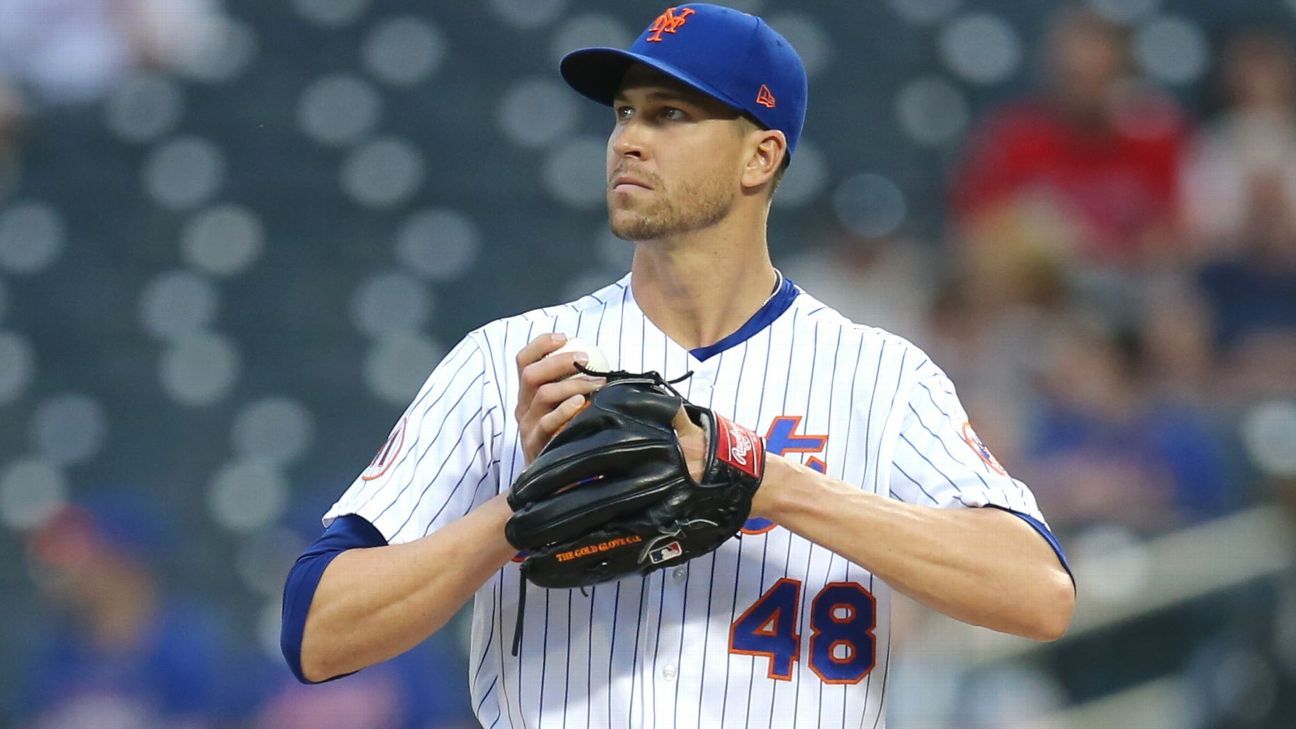 Every Jacob deGrom start these days is a testament to pitching perfection, the most impressive combination of power and command since the peak of Pedro Martinez’s Hall of Fame career.

Yet, once again, the Mets and their fans were left frustrated Wednesday, able to appreciate deGrom’s brilliance but staring at a big fat loss on the scoreboard. The Mets’ ace allowed one run over six innings against the Red Sox, striking out nine to run his season total to 59, which matches Nolan Ryan’s 1978 mark for most through a pitcher’s first five starts of a season.

Unfortunately, that one run was the only one of the ballgame. The Red Sox won 1-0 behind Nick Pivetta, who is not to be confused with Pedro Martinez or Nolan Ryan, and three relievers, who combined to strike out 15 batters and allow just two hits. Pivetta was good, the relievers were good, Matt Barnes struck out the side to finish it off — and a chorus of boos rained down from the stands at Citi Field. The New York fans booed Francisco Lindor for the second straight night, as he went 0-for-3 to see his average drop to .203. They booed Dominic Smith, who went 0-for-4 with three strikeouts to see his average drop to .203. They cheered deGrom.

The lack of run support for deGrom is obviously an ongoing storyline stretching back several seasons. He will finish April 2-2 with a 0.51 ERA. He’s now lost two games in which he allowed one run and received a no-decision in a third start when he pitched six scoreless innings. Wednesday marked the third time in three seasons the Mets have lost 1-0 in a deGrom start and the 33rd time in deGrom’s career he allowed one run or no runs and failed to pick up the win — easily the most in the majors since he debuted in 2014. (Julio Teheran is next with 25 such starts in that span.)

“I try not to think too much about [the lack of run support],” deGrom said after Wednesday’s game. “I was more disappointed that I wasn’t able to make pitches there in the second inning. … I was just frustrated not being able to make an adjustment when I needed to.”

Indeed, to hear deGrom discuss his outing, he pitched more like Anthony Young, the infamous Mets pitcher who lost 27 games in a row. The Red Sox scored their run in the second, when Xander Bogaerts led off by hitting a 1-0 fastball off the wall in left. It was a difficult play, but a more agile left fielder than Smith may have made the catch. Christian Vazquez knocked Bogaerts in with a one-out double to right-center off a 100 mph, 0-2 fastball up and away. It looked like a great piece of hitting from Vazquez. DeGrom blamed his execution.

Christian Vazquez sends a high pitch the other way for an RBI double off Jacob deGrom.

“There in the second, I didn’t make pitches when I needed to,” deGrom said. “Left the ball over the middle, so Bogaerts hit the double and just wasn’t able to execute on those next few batters to get us out of that spot. Kind of displeased with my mechanics. Last start, it felt really good, this one felt like I was flying open, everything seemed to be flat.”

He said he was mostly disappointed because he felt so good in his last start, when he fanned 15 in a two-hit shutout of the Washington Nationals, the best start of his career. He said being slightly off Wednesday caused his fastball to sail over the middle of the plate too often, which is why he eventually went to more sliders and changeups. Yes, that’s how good deGrom is right now: A disappointing start is allowing one run and striking out nine batters.

Baseball is back! Catch the 2021 MLB season on ESPN and the ESPN App.

Sunday, May 2
Mets-Phillies, 7 ET on ESPN

Tuesday, May 4
Astros-Yankees, 7 ET on ESPN

The bigger problem for the Mets is that they’re struggling to score no matter who is on the mound, ranking last in the majors at 3.0 runs per game. With runners in scoring position, they’re hitting .187 with a .542 OPS — both last in the majors — a problem that also afflicted them in 2020. The power numbers are also down. They rank last in the majors with one home run every 39.7 at-bats, compared to ranking ninth in 2020 with one every 23.5 at-bats.

“I saw the guys in between today,” manager Luis Rojas said. “The approach was just off, late on fastballs, chasing breaking balls, taking pitches in the zone. It was just off. We were just off.”

Rojas said he had a pregame talk with Lindor, suggesting the new shortstop needed to be a little more aggressive. Lindor has been drawing walks and making contact, but he hasn’t been driving the ball, with just one double and one home run in 19 games. On a pregame Zoom call, he addressed getting booed on Tuesday, something he said never happened when he played for Cleveland.

“It’s interesting and it’s funny and it sucked,” he said. “It doesn’t feel right for sure.”

Still, Lindor is not the only one struggling. Smith, Jeff McNeil and Michael Conforto all hit .300 last season, but are all hitting under .220 with just five home runs combined. The Mets have to expect things will turn around, given this looked like it would be one of the best lineups in the league.

“We have nothing but trust in our hitters because we know they can hit,” Rojas said. “We know what they’ve done in the past. You expect that to happen soon, but it’s something that we need to go and turn around right now.”

Luckily, the NL East is a quagmire of mediocrity. The Mets are 8-9, but nobody is over .500. They still have deGrom and that should — in theory — help them win a lot of games. Still, Mets fans are left staring at this nugget: deGrom is the first pitcher with an ERA as low as 0.51 in a month to finish without a winning record since Fernando Valenzuela went 2-3 with a 0.21 ERA in April 1985.

The lost art of tracking down sports scores: from shop loitering to Teletext

A lesson from history: the European Super League battle is not over | Jonathan Wilson