Home > News > Democrats, after slamming Trump for upending ‘norms,’ now eyeing sweeping changes of their own 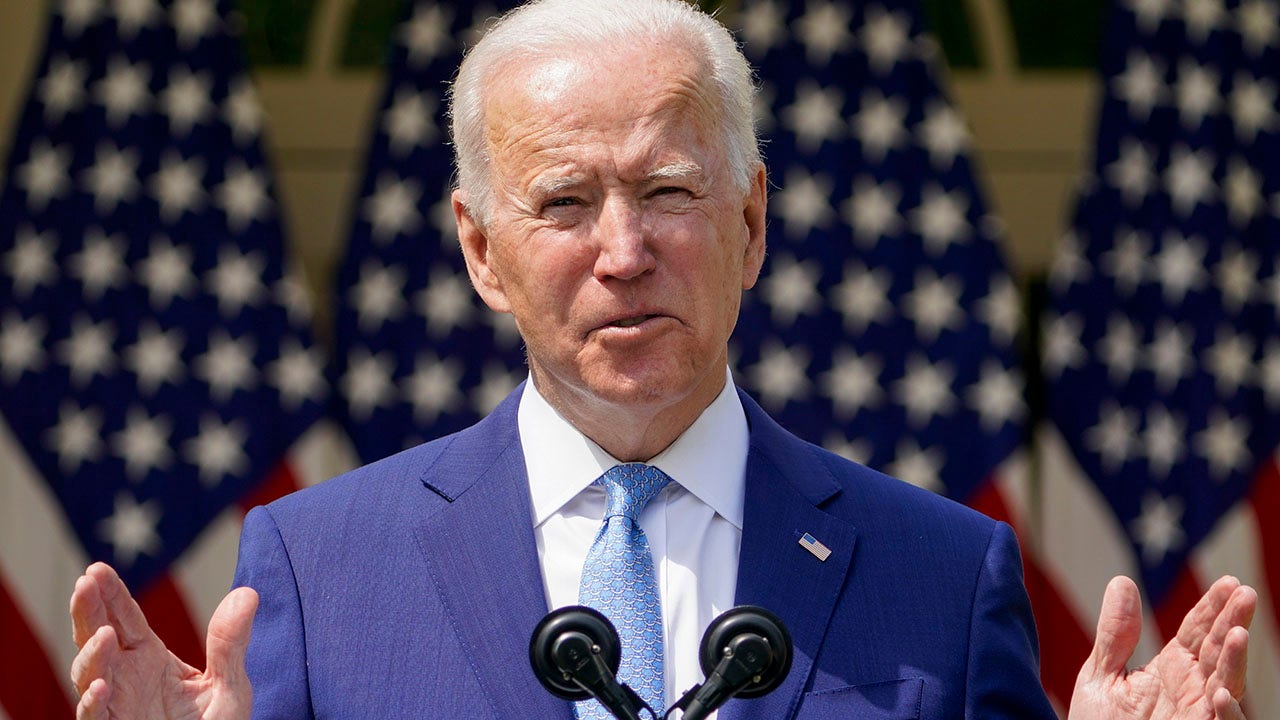 Fox News contributor and media opinion columnist for The Hill Joe Concha argued in an op-ed that the New York Times ‘beclowns itself by normalizing court-packing’ to ‘balance the conservative majority.’

Democrats, throughout the Trump administration, warned about how the 45th president was a threat to democracy and to the norms of the country — but since he left office many have dedicated themselves to breaking down a different set of norms and democratic standards currently in place.

Sen. Bernie Sanders, I-Vt., in September described then-President Trump as “a pathological liar, who has strong authoritarian tendencies, who neither understands nor respects our constitution, and who is prepared to undermine American democracy in order to stay in power.”

Then-candidate Joe Biden last year called for a moment to “reset Constitutional norms in this country” after the Trump administration.

“The presidency is not without limits. The Congress is a co-equal branch of government,” he said, although he added a warning: “There are some in our party who say the response to what we’re living through is to ram through what we can when we get power.”

This year, House Speaker Nancy Pelosi, D-Calif.,  said on the push to impeach the president: “In protecting our Constitution and our Democracy, we will act with urgency, because this President represents an imminent threat to both,”

It’s a message that’s been touted by media outlets, too. The Guardian in November declared that Biden’s win signaled “a return to political norms in America.” Meanwhile, The Washington Post came up with a list of 20 norms Trump had broken and how Biden could fix them.

But three months into a Democratic administration, with Democrats controlling the House and splitting power in the Senate, those hoping for a “reset” of norms are likely to be disappointed, since Democrats have shown an intense appetite for their own overhauls of norms and democratic systems, with no idea too radical to be considered.

On Thursday, House and Senate Democrats unveiled their plan to pack the Supreme Court (which they described as “unpacking”) with four more justices — an idea of the radical left that had been rejected during the presidency of Franklin Delano Roosevelt — and Biden himself had rejected years before as a “bonehead” idea before slowly opening the door to in the 2020 campaign.

A fringe idea for years, it became popular after Republicans shut down the 2016 nomination of Merrick Garland to the court. It got another shot in the arm last year after liberal icon Justice Ruth Bader Ginsburg was replaced by the more conservative Justice Amy Coney Barrett.

Republicans immediately slammed it as a political power grab, with Sen. Marco Rubio of Florida saying liberals were so keen on a change as the court, rather than the ballot box, is how they have passed their agenda.

However, the push may be a bit too hot for Democratic leaders. “I have no plans to bring it to the floor,” Pelosi said moments after Sen. Jerry Nadler, D-N.Y., unveiled the proposal.

It would certainly seem unlikely to receive any Republican support in the Senate where it would need 10 votes. That is unless Democrats abolish the filibuster — something they are also eyeing.

“Abolish the filibuster, expand the Court, and save our democracy,” Sen. Ed Markey, D-Mass., tweeted on Thursday.

Democrats used the Senate filibuster many times during the Trump presidency, but now with a 50-50 split jamming up key items of the progressive agenda in the upper chamber, the radical idea of abolishing the filibuster even has the support of the White House.

Biden said last month that he “strongly support[s]” reforming the silent filibuster to a “talking” filibuster, where senators who want to block legislation would have to hold the floor by talking endlessly.

On Thursday the House Oversight Committee voted 25-19 in a party-line vote to support statehood for Washington, D.C., and to send the bill to a full vote of the House next week. No Republican backed the measure.

Under the plan, the 51st state would be called “Washington, Douglass Commonwealth,” named for Frederick Douglass. The state would consist of 66 of the 68 square miles of the present-day federal district.

Republicans have been firmly against D.C. statehood, calling it a Democratic power grab designed to shift control in the Senate in favor of Democrats by adding two senators from a liberal stronghold.

“It’s very obvious that the reason that D.C. wants statehood is the extra two senators that would go with it, which would then tip the balance of the Senate on behalf of the Democrats,” said Rep. Andrew Clyde, R-Ga.

Packing the court, abolishing the filibuster and granting D.C. statehood are all measures that would dramatically increase the power of Democrats and liberal activists — all without a vote at the ballot box.

One of the most consequential reforms that could be passed in coming years would be amnesty for millions of illegal immigrants, mixed with inaction at the border amid a surging crisis at the border

The Biden administration and congressional Democrats have pushed for a sweeping plan to make it easier for immigrants claiming asylum to get into the country — and it includes a path to citizenship for illegal immigrants in the country already, with very few exceptions.

Lawmakers have estimated that number is about 11 million illegal immigrants, who would all get the ability to vote in about eight years. Other estimates have the number of illegal immigrants present in the country much higher.

Separately, they have pushed amnesties for farm workers and those brought to the country as children and protected under the Deferred Action for Childhood Arrivals (DACA) program.

Separately, critics have alleged that the border crisis, which has seen a surge of migrants at the border in recent months, is fueled by the Biden administration’s liberal immigration policies. Some have suggested it is by design.

Democrats are pushing hard for a sweeping electoral reform bill that would make broad changes to how elections are run. While Democrats say it would bolster voting rights, Republicans have accused Democrats of running a power play to solidify control and turn the Federal Election Commission into a politicized agency.

“They want to change the system to benefit themselves and they want to have instead of a referee they want the FEC to be a prosecutor,” Senate Minority Leader Mitch McConnell, R-Ky., said recently.

He was referring to a provision in the bill that changes the Federal Elections Commission from a 3-3 partisan split to five total members, with two from each party and a fifth unaffiliated with either party but appointed by the president.

“So this is not about anything other than trying to help the Democrats win elections in perpetuity,” he added.

Senate Majority Leader Chuck Schumer, D-N.Y., however, has said S.1 would “combat all of these voter suppression efforts by restoring critical parts of the Voting Rights Act… make it easier — not harder — to vote by automatically registering American voters when they get a driver’s license… limit dark money and corruption in our politics, and much more.”

The reform would ban states from requiring photo ID to vote, require states to offer drop boxes for 45 days before elections, as well as reshaping the FEC — it would be a massive expansion of the federal government’s role in state-administered elections.

Woman, 28, admits to murder of Phoenix Netts whose body was found in Forest of Dean