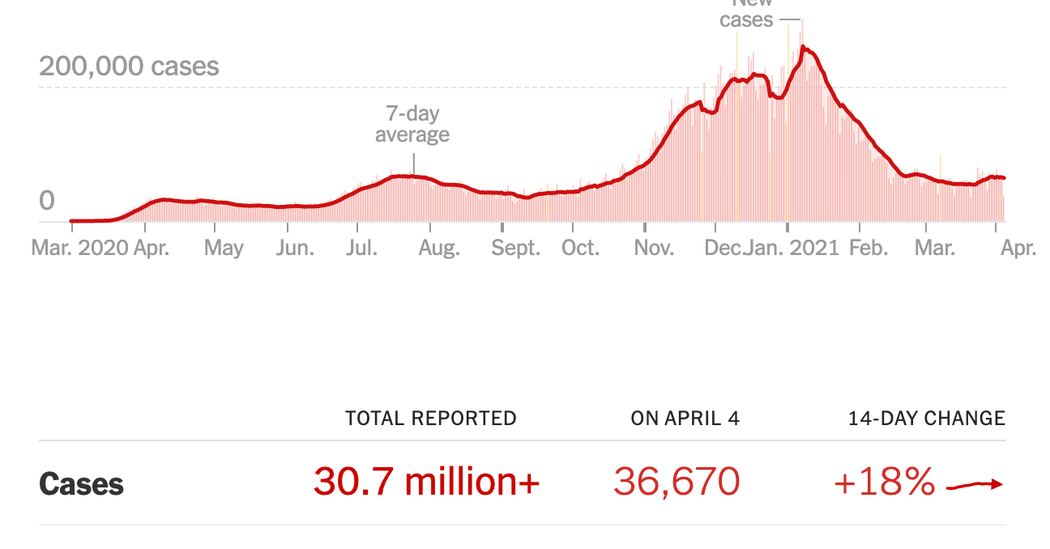 The Navajo Nation has vaccinated more of its population than any state, and recently reached an extraordinary milestone: zero cases and zero deaths in a 24-hour period.

It is, perhaps, the place in the continental U.S. that has best contained the coronavirus pandemic. Once, the Navajo Nation had one of the worst coronavirus case rates in the country, and imposed curfews and checkpoints as entire families grew sick. Now more than half of its 170,000 residents living on tribal lands are fully vaccinated.

The story of how the tribe managed this incredible feat comes down to three factors.

Navajo have followed strict lockdown orders and a mask mandate, which was imposed nearly a year ago. In the spirit of community protection, many have lined up to get a shot.

“I think just because of how hard hit the Navajo Nation was, we’ve seen a big increase in participation in taking the vaccine,” said Jonathan Nez, the president.

Native communities across the U.S. have long suffered under racist policies that diverted resources away from their communities, creating poor access to healthy food, fresh water and adequate health care, and leading to high rates of comorbidities like diabetes and obesity.

During the pandemic, that disinvestment has been fatal: Indigenous Americans have died at rates nearly twice those of white populations in the U.S. A Times analysis found that the federal Indian Health Service, which oversees care for the more than 500 tribes throughout the U.S., struggled to respond to the pandemic because it has long been plagued by shortages of funding, supplies and health care workers.

But in recent months, federal money has been flowing. The $1.9 trillion pandemic relief package provides $31 billion to address persistent problems in tribal nations.

Tribal health officials have also credited the nation’s decision to coordinate closely between the Indian Health Service and Navajo health organizations, a much more streamlined operation than the patchwork approach across the country.

“With the funds that are coming to the citizens of this country in terms of recovery and rescue, this time around it’s finally helping our nation grow,” Mr. Nez said.

Millions of white evangelical adults in the U.S. do not intend to get vaccinated against Covid-19, presenting a significant obstacle as the country races to reach herd immunity.

Their opposition is rooted in a mix of religious faith and a wariness of mainstream science, fueled by broader cultural distrust of institutions and gravitation to online conspiracy theories. Some have been energized by what they see as a battle between faith and fear, and freedom versus persecution.

While many high-profile conservative pastors have endorsed the vaccines, other influential evangelical voices have sown fears. In churches, on talk shows and on TikTok, they warn the devout that “globalist entities” will “use bayonets and prisons to force a needle into your arm,” or that the vaccines are “an experimental biological agent.”

Some pastors have largely remained quiet, in part because politics has increasingly shaped faith among white evangelicals. Hesitation is further complicated by longstanding distrust between evangelicals and the scientific community.

Elaine Ecklund, director of the Religion and Public Life Program at Rice University, said that there has been a “sea change” over the past century in how evangelical Christians see science, rooted largely in the debates over evolution and the secularization of the academy.

For slightly different reasons, the distrust of vaccines is sometimes shared by Asian, Hispanic and Black Christians, who are skeptical that hospitals and medical professionals will be sensitive to their concerns, Dr. Ecklund said.

“We are seeing some of the implications of the inequalities in science,” she said. “This is an enormous warning of the fact that we do not have a more diverse scientific work force, religiously and racially.”

Here’s a roundup of restrictions in all 50 states.

What else we’re following

I live in a very rural area where masks aren’t worn very much. Instead of yelling at non-wearers, try contacting the corporate offices of the stores it’s occurring in, to report the violations and demand safer shopping. Some of our local stores weren’t even requiring masks for staff. I’ve done it all over my county, contacting Dollar General, Casey’s and the local health department, and things have improved significantly because of it.

Let us know how you’re dealing with the pandemic. Send us a response here, and we may feature it in an upcoming newsletter.

Sign up here to get the briefing by email.

Email your thoughts to briefing@nytimes.com.

Behind Closed Doors, ‘the Difficulty and the Beauty’ of Pandemic Hospice Work

Karol G: ‘Why should I limit how I express myself because I’m a woman?’