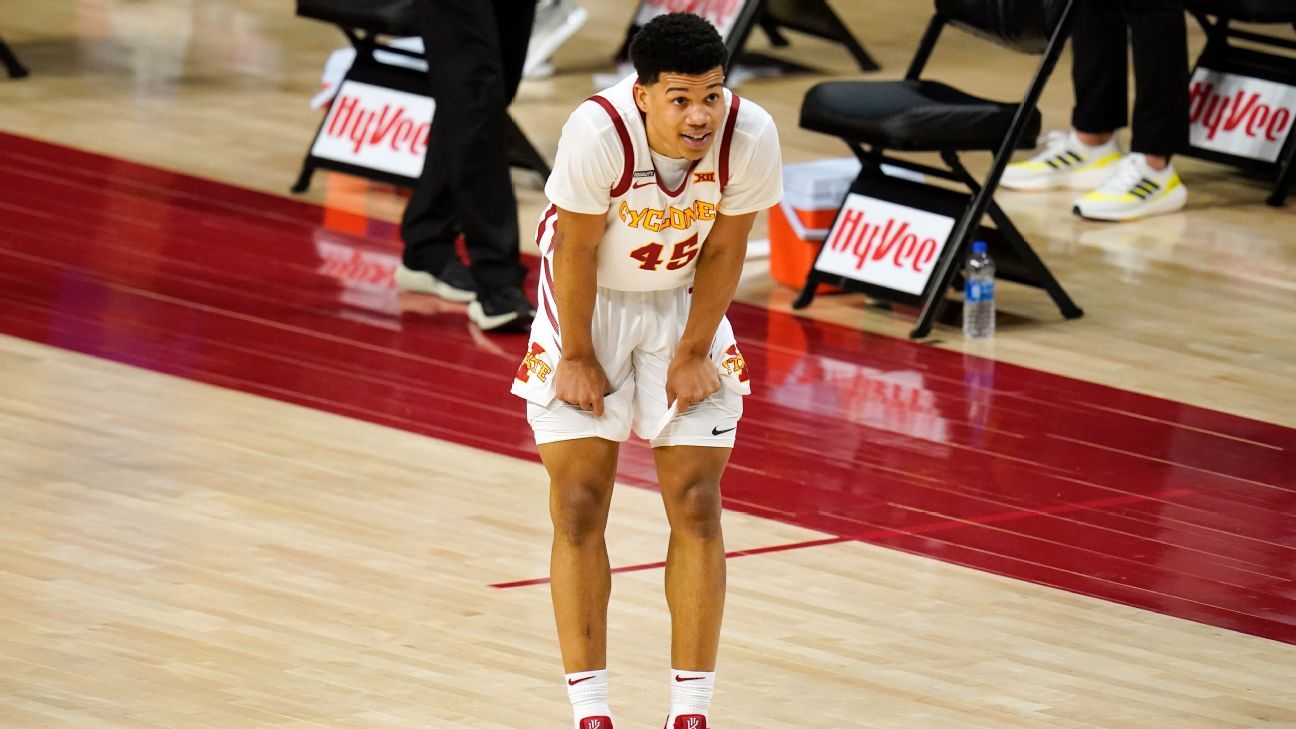 AMES, Iowa — Rasir Bolton, Iowa State‘s leading scorer this past season, has entered the NCAA transfer portal and will be looking to play at his third school in four years.

Bolton left Penn State in 2019 after then-coach Patrick Chambers made a race-tinged comment to Bolton. Chambers resigned in October 2020.

Bolton averaged 15.5 points per game for an Iowa State team that won only two games. Coach Steve Prohm was fired and replaced by T.J. Otzelberger.

In announcing his plan to transfer, Bolton tweeted, “On March 11th I stated my continued commitment to #CyclONEnation, I later learned that every decision is not ours to make.”

The native of Petersburg, Virginia, will have one year of eligibility as a graduate transfer.

Key college football recruits to know in the Class of 2022

Who are the NHL’s top 10 wingers? Execs, coaches, players make their picks

N.B.A. Trade Deadline Fallout: Uncertainty for the Lakers and Raptors