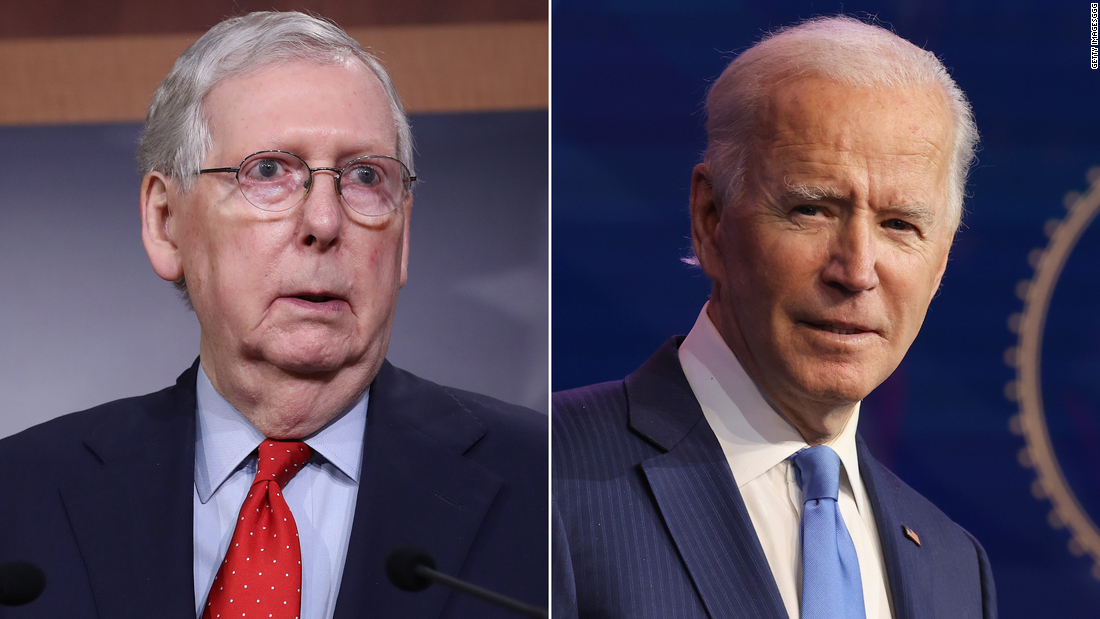 The year after Biden lost his 46-year-old son to brain cancer, McConnell called on the Senate to rename a bill aimed at accelerating cancer research after Beau Biden. Biden, who was vice president at the time, was presiding over the Senate session.

“I’ll still never forget when we passed the cancer proposal in the last year I was vice president, almost $9 million going to NIH,” Biden said Wednesday night, referring to the National Institutes of Health.

“You’ll excuse the point of personal privilege — I’ll never forget you standing, Mitch, and saying, naming it after my deceased son. It meant a lot,” Biden said, veering from prepared remarks the White House had previously shared.

In remarks from the Senate floor in 2016, then-Majority Leader McConnell asked that the bipartisan 21st Century Cures Act be renamed in honor of Biden’s late son, saying, “I think it’s fitting to dedicate this bill’s critical cancer initiatives in honor of someone who would be proud of the presiding officer today — and that’s his son, Beau.”

The President and McConnell have a long-standing relationship, having served alongside each other for decades in the Senate. They also worked together closely in the Obama administration, including to make a series of critical spending and tax agreements.

Before momentarily turning from his prepared remarks, Biden was calling for creating an agency within the National Institutes of Health to focus on preventing, detecting and treating diseases like Alzheimer’s, diabetes and cancer — similar to the Pentagon’s Defense Advanced Research Projects Agency, which works on developing national security breakthroughs.

“So many of us have deceased sons, daughters and relatives who died of cancer. I can think of no more worthy investment. I know of nothing that is more bipartisan,” Biden said.

Biden has previously said he wants to be the President to preside over “the end of cancer as we know it.” As vice president, he spearheaded a “cancer moonshot” initiative, a push across the federal government to speed progress in cancer research.

Biden met with a bipartisan group of lawmakers at the White House last month to discuss the issue.

Man tests positive for Covid after flying from Perth to Melbourne

OBGYN explains why a COVID vaccine might affect menstrual cycles

‘Hosnia had dreams’: grief in Kabul as girls’ school targeted