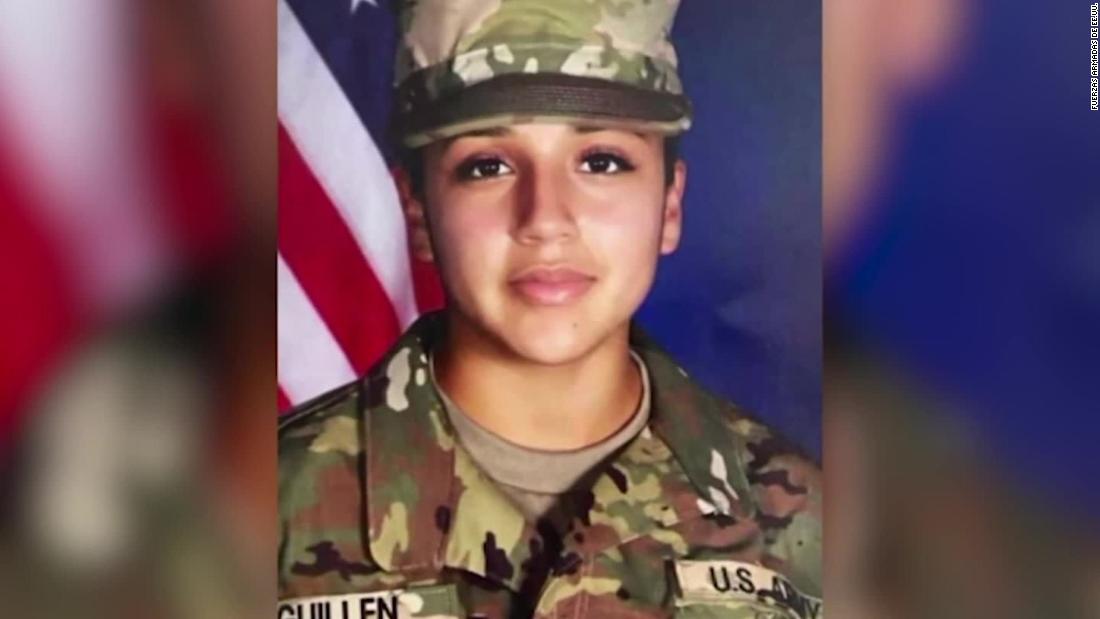 The personnel face discipline for a variety of failures, and investigators found Guillén was also sexually harassed.

The chief investigating officer, Gen. Michael Garrett, ordered five current and former personnel in the 3rd Cavalry Regiment to be relieved of duty. Three of them will also receive letters of reprimand, and all actions are likely to end their careers. Their names are not made public due to their relatively junior ranks, under Army procedures. Eight others are having their cases sent to their own leadership for possible action.

Guillén’s murder sparked national attention because she was not only killed by another soldier at Fort Hood, but the perpetrator took her body to another location miles away, and it was not discovered for more than two months. Guillén, 20, had been missing since April 2020 and was last seen in the parking lot of her barracks at Fort Hood late that month, according to the US Army Criminal Investigation Command, before her remains were found June 30. Her case sparked outrage at the Army’s failure to fully deal initially with the sexual harassment she experienced and its lack of attention to her case once she was missing.

The report indicates that Guillén reported that she was sexually harassed on two occasions, but her supervisor failed to report it and other leaders failed to take appropriate action. The report found no evidence that she was harassed by Spc. Aaron Robinson, her alleged murderer.

Robinson allegedly murdered Guillén by bludgeoning her to death with a hammer while she was at work. The report also reveals that Army personnel tried to detain Robinson in a room on base by telling him he had violated Covid restrictions but that he simply escaped. He later died by suicide as law enforcement was trying to detain him.

The shockingly poor treatment Guillén received in the Army unrelated to her murder is perhaps encapsulated in two instances. The report found that her supervisor at one point specifically “targeted her, called her out in front of her peers, and consistently made an example out of her. During a field training exercise, this same supervisor encountered SPC Guillén while she performed personal hygiene in the wood line and SPC Guillén reported that this made her uncomfortable.”

Friday’s disciplinary action comes in addition to the previously announced relief of duty of members of Guillén’s chain of command from junior through senior ranks.

The actions to date are against Maj. Gen. Scott Efflandt, former Deputy Commanding General of III Corps, and Col. Ralph Overland and Command Sgt. Maj. Bradley Knapp, the former commander and command sergeant major of 3rd Cavalry Regiment. The Army says a total of 21 people have either been disciplined or recommended for potential discipline.

Since this case, the Army and the Defense Department have focused extensively on trying to ensure allegations of sexual harassment and sexual assault are dealt with appropriately.

There is also a growing bipartisan effort on Capitol Hill to overhaul how military cases undergo decisions to seek prosecutions by taking away decisions to prosecute from the commanders in units where it occurs. This is widely seen by many as a key step to ensuring more independent decision making.

CNN’s Amir Vera and Lori Daniel contributed to this report.

Two traders pick their FAANG favorites ahead of earnings next week

The global death toll from Covid-19 is nearing 3 million.

Analysis: Iron ore is saving Australia’s trade with China. How long can it last?