Home > Business > Are NFT Purchases Real? The Dollars Are. 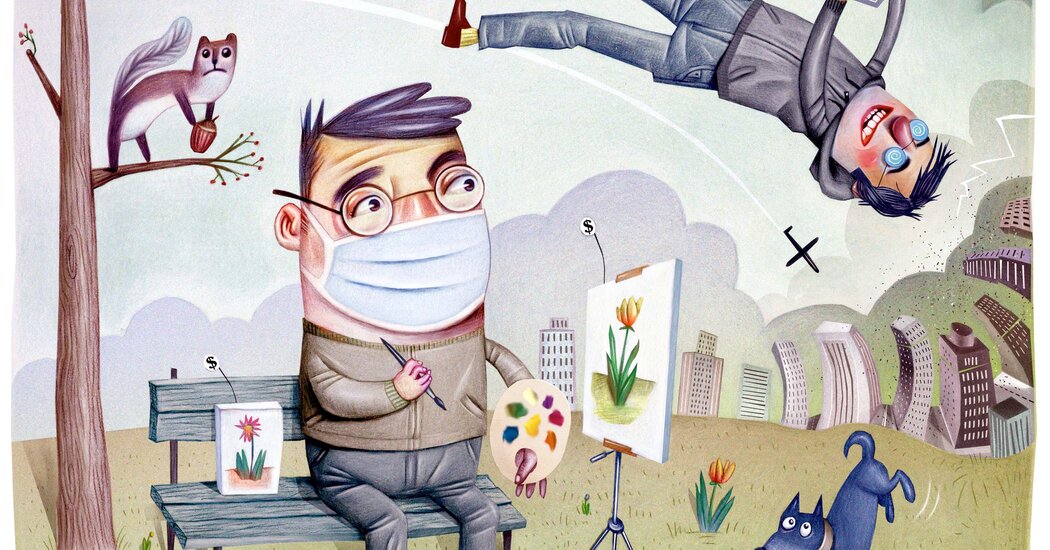 Are NFT Purchases Real? The Dollars Are.

Is his art real, I asked? He said he provides his buyers with physical screens with his works on them, so that’s kind of real, maybe.

Then he held up his phone and showed me an app that summarized his personal financial assets: At that moment, they included $56,635,781.41 in cash. He had received his payment in cryptocurrency, and immediately converted it into what I still think of as real money. The digital artist had transformed most of his new wealth into something I could understand: U.S. dollars.

But those dollars on his screen are a digital representation, too! “It’s not like I have 56 million dollar bills in my house,” he said, waving his hands to show the lack of stacks of bills. “I just have a number; you and I know this number is as real as anything else.”

In the world of modern art, it’s common for people to look at an abstract piece and say, “My kid could do that!” But, he said, “I’m pretty sure a kid couldn’t do what I do,” and showed me one of his pieces. It depicted a big sphere, and the image also contained a mountain and, by the way, a goat, among other elements, that he used digital trickery to manipulate, resize and juggle. The process was playful, but it also had something more, a guiding sensibility. Something that felt like — I might as well say it — art.

Besides, he asked me, what’s the inherent value of a baseball card? “You paid this much money for a little piece of cardboard?” he asked. “Even a painting. It’s just a piece of stretched fabric with some splotches of paint on it. Why would you pay for that?”

Did I mention that an NFT of a cat with a Pop-Tart body that leaves a trail of rainbows recently sold for nearly $600,000?

He had me wondering whether anything is real, and whether we’re not all just living in a consensual illusion.

No Federal Taxes for Dozens of Big, Profitable Companies

Forget NFTs. What about the HTF (Hard to Find)?

7 Steps to Take Now to Catch Up on Retirement Savings

Microsoft will get up to $21.9 billion to make Army headsets with augmented reality.