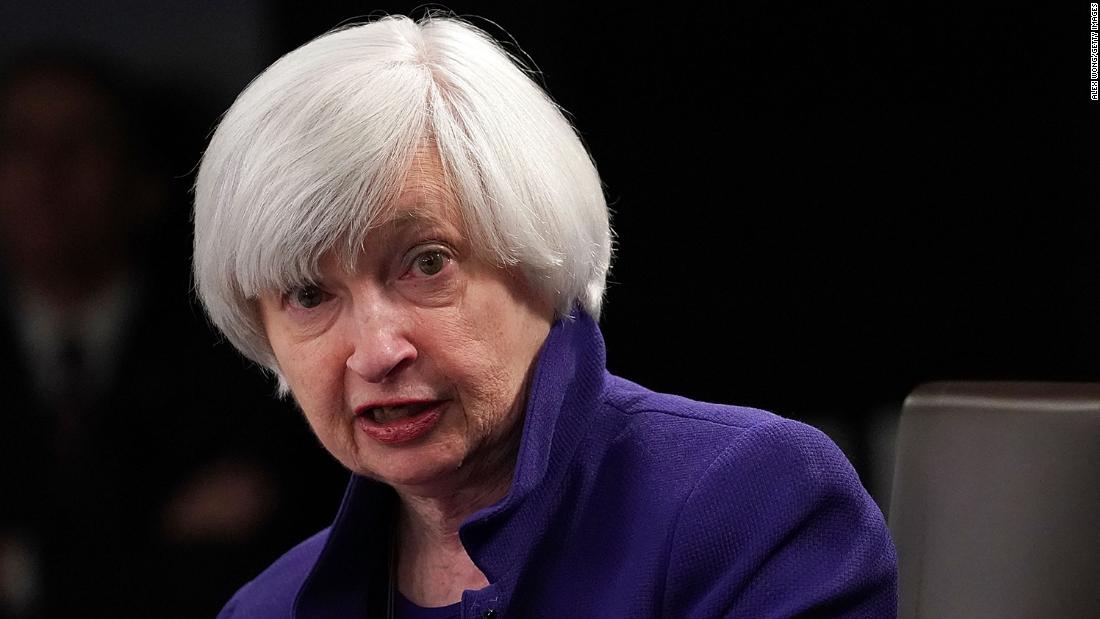 They want some proposals, like the elimination of fossil fuel subsidies, to harm particular economic activities. They accept that higher corporate taxes will reduce the profitability of business investments, and may even preclude the most marginally profitable ones.

What Biden’s brain trust wanted to ensure is that the negative effects of tax hikes on business and the wealthy don’t offset the economic benefits of what they finance: new spending on education and infrastructure and big tax benefits for less-affluent families. Backed by some independent analysts, they believe they’ve succeeded.

“The greatest threat to our economic recovery — and our long-term economic prospects — is not a marginally higher tax rate for large corporations or the top 1% of taxpayers,” Treasury Secretary Janet Yellen told CNN via email. “It’s a lack of support for America’s workers and families.”

“Asking ‘will these tax increases hurt the economy?’ is not the right question,” Yellen said. “The right question is: ‘Is trading higher taxes on high-income taxpayers for middle-class tax cuts and major economic investments pro-growth?’ And the answer to that question is a resounding yes.”

Biden must sell that case to a majority of lawmakers to move his plan through Congress. Though polls show Americans back higher taxes on business and the wealthy, Republicans and business leaders have taken aim in hopes of stopping them.

“The biggest job-killing tax hikes in a generation,” declared Sen. Tim Scott of South Carolina in his Republican response to Biden’s speech to lawmakers last week. In a Business Roundtable survey of CEOs, 98% said Biden’s tax hikes would make their companies less competitive, 75% said it would curb investment in research and development, and 71% said it would impede hiring.

‘I would not say it is a job-killing disaster’

Those attacks sound familiar because they echo jibes against tax hikes enacted by the last two Democratic presidents. As it happened, Bill Clinton oversaw an economic boom and Barack Obama the longest streak of private sector job growth in American history.

The right-leaning Tax Foundation forecast last year that Biden campaign tax proposals, which were larger than he has proposed so far, would reduce the size of the economy by 1.62% in 2050. Republican economist Doug Holtz-Eakin, after accounting for benefits from the spending plans the tax hikes would finance, estimated that Biden’s plan would reduce the long-run size of the economy by just .2%.

The conservative American Enterprise Institute found a scant .16% long-run decline from Biden’s tax hikes alone. “I would not say it is a job-killing disaster,” said AEI’s Kyle Pomerleau.

Echoing his 2020 campaign plan, the President has proposed a raft of tax hikes that include raising the top corporate rate to 28% from 21%, raising the top personal rate to 39.6% from 37%, and raising the levy on capital gains to 43.4% for those with incomes above $1 million. He pledges to spare anyone earning under $400,000 from higher taxes.

Since Biden took office, his economic advisers say they’ve worked with career staff at the Treasury Department and analysts borrowed from the Federal Reserve to “pressure test” his proposals. One key goal is making sure different pieces fit together.

For example, when they set out to close a loophole shielding profits from certain real estate transactions, Treasury officials worried about hitting business partnerships that might include under-$400,000 earners. To avert that, they exempted transactions with profits under $500,000.

To prevent some companies from exploiting so many deductions that they pay no federal tax at all, candidate Biden proposed a 15% minimum tax on companies with “book income” exceeding $100 million as reported to investors. After calculating that loopholes closed elsewhere in Biden’s plan would cover all but a few companies, they raised the “book income” threshold to $2 billion.

Biden proposed a potent revenue-raising combination targeting wealthy heirs: higher capital gains rates, and a new requirement that those rates be levied on the appreciation of inherited assets even if those assets have not been sold. But to avoid the appearance of overkill, they set aside another campaign proposal to slash the $11.7 million threshold below which estates are exempt from what Republicans call the “death tax.”

Treasury economists say they found no red flags from their analysis of effects of tax hikes on different industry sectors or representative examples of companies and individual taxpayers. They continue to conduct macro-economic modeling.

A TPC analysis in November found that Biden’s campaign tax plan, by somewhat discouraging labor supply and investment, would reduce the size of the economy by .7% in 2023. The reduction would narrow to .3% by 2030 and disappear by 2040.

The TPC analysis did not attempt to measure the effects of Biden’s spending plans. The University of Pennsylvania’s Penn-Wharton Budget Model did, finding that Biden’s agenda overall would slightly reduce the size of the economy by 2030, then slightly increase it by 2050.

Similarly, Moody’s economist Mark Zandi sees a “marginal” short-term drag from Biden’s tax hikes. But he says that would quickly turn around as infrastructure spending accelerates and adds 2.5 million new jobs in 2024-25.

Biden will rely on Yellen’s credibility — she drew 84 Senate votes for confirmation to lead the Treasury after a widely-praised tenure as Federal Reserve chair — in countering attacks on his tax agenda. Her core argument: the tax hikes and spending plans can only be accurately weighed in combination.

“Since the Reagan years, we’ve been enduring a particularly potent economic ideology in this country — one that says tax cuts, as a rule, promote growth while government investment, as a rule, is wasteful,” she wrote via email. “This ideology has never made much sense given what we know about the payoffs from government investments in people, infrastructure and R&D.”

Yellen concluded: “Right now we’re living at a moment of imbalance between what our government takes in as revenue and what it needs to invest. The President’s proposals correct that imbalance and make sure America can compete based on the skill of our workforce and the strength of our infrastructure instead of a race to the bottom on tax rates.”

Can Australia achieve herd immunity to coronavirus, and what happens if not?

LIRR Conductor Returns $107K Worth Of Jewelry Left On Train

Caitlyn Jenner: California immigrants should have path to citizenship

Claiming the Summit Without Reaching the Top

‘We must speak the truth’: Liz Cheney defiant ahead of ouster from top Republican job

As India resists calls for a national lockdown, one economist says states should decide