Home > Business > An Auctioneer Who Can Sell Almost Anything, at Record Prices 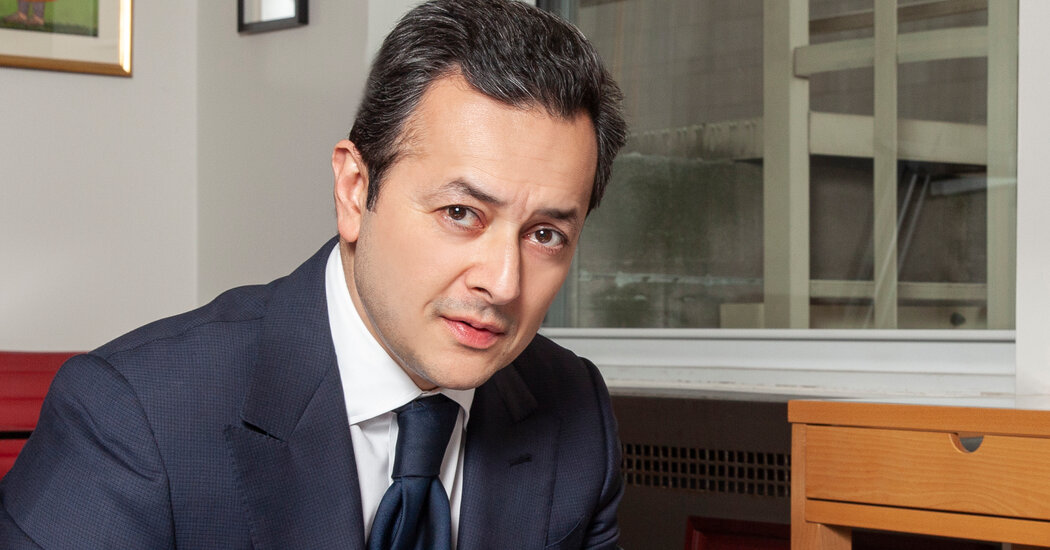 An Auctioneer Who Can Sell Almost Anything, at Record Prices

Rahul Kadakia may have brought the hammer down on the auction world’s priciest wristwatch sale — 31 million Swiss francs ($33 million) for a Patek Philippe Grandmaster Chime — but an early career experience was far less lofty.

“Sell me this salad,” François Curiel, then Christie’s global head of jewelry and chairman of its European operations, instructed a 24-year-old Mr. Kadakia one day at lunch in Geneva.

Mr. Kadakia had announced his ambition to be an auctioneer. “I started conducting an auction and calling out bids — 3,000, 3,200, 3,500 — and went on to sell him his lunch,” item by item, he said. “I must have checked some boxes as, immediately after the fondue, François said that, ‘Well, you did a good job selling me la salade’ and Christie’s gave me a trial session soon after.”

Mr. Kadakia, 46, related the incident a little more than two decades later, sitting in his large corner office at Christie’s headquarters in New York, where he has worked since 2004. His rise is chronicled in a framed collection of his business cards on the office wall: graduate trainee, London; junior specialist, London; specialist, Geneva; head of jewelry, Americas, New York; and international head of jewelry since 2014.

He now is considered one of the world’s most successful auctioneers. He set his first world auction record when he sold the Baroda Pearls, a maharajah’s double-strand natural pearl necklace, for $7.1 million in 2007 (back when $7.1 million meant something). More recently there was the 2019 Maharajas & Mughal Magnificence sale, which achieved $109.3 million.

“In his two decades of auctioneering, Rahul has consistently been at the podium for many of the most exciting and notable moments in auction history,” Tash Perrin, deputy chairwoman and head of the auctioneer training program at Christie’s, wrote in an email.

For example, Ms. Perrin wrote, in 2011 Mr. Kadakia was “co-auctioneer of the famed jewelry from the collection of Elizabeth Taylor, which totaled $137.2 million, more than quadrupling its pre-sale estimates.”

While some auctioneers specialize in a category, at Christie’s Mr. Kadakia has sold just about everything, stopping short of sneakers. (One watch blogger described him as “the best watch auctioneer who is not a watch specialist.”)

Mr. Kadakia said the secret to his success was his ability to “feel the room,” a skill he drew on for the 2019 Only Watch auction in Geneva, a biennial event where one-of-a-kind timepieces are sold to support research into Duchenne muscular dystrophy. The first bid was 5 million Swiss francs, then 10.

“When it got to 17 million, it matched the Paul Newman,” he said, referring to the actor’s Rolex Daytona and its 2017 auction price, the record wristwatch sale at that time. “We were not finished, but just getting started. I felt it. I could smell the juice in the room. This is going to keep going.”

He was right. “At 28 million, there were two bidders left. One was bidding by phone, but I knew he was actually at the back of the room, he wanted to be there to feel the excitement.” Mr. Kadakia recalled that he pointed his gavel and looked right at the bidder, and the direct stare worked.

The collector told his telephone bidder to up the ante to 31 million, and he got the watch. (The man has never been publicly identified, and Mr. Kadakia declined to name him.)

“You have to know where to look,” he said.

“The charismatic Rahul Kadakia is rather enchanting to watch at work,” Elizabeth Doerr, editor in chief of the watch site Quill and Pad, wrote in an email. “At the Only Watch auction he used both his years of experience as an auctioneer and his Swiss connections to make the auction experience breathtakingly suspenseful while keeping the event moving forward at a good pace. Watching him work at the pult” — the podium — “is like watching a thrilling whodunit; he really knows how to work the room in addition to the phone banks to get the highest bids coming in.”

The pandemic has provided special challenges as online auctions replaced in-person ones. “You have to make people feel they are in the room,” Mr. Kadakia said, explaining that he tries to do that by personalizing the bids.

Some auctioneers may refer to bidders by their assigned numbers but, Mr. Kadakia said, “I’ll say ‘Thank you, Dubai’ when a bid comes from there or ‘Hong Kong, come back; do you have another bid?’ to encourage that client.”

Mr. Kadakia’s passion for what he does came through as he talked animatedly about his rise at Christie’s, where he has been since 1996.

His initial training in luxury goods came from working in his family’s jewelry business in Mumbai, India. “In India, if you come from a family of jewelers and you’re a boy, that’s what you do,” Mr. Kadakia said. He worked in the business from 16 to 21, juggling his time with school and “doing everything” at work.

The family business involved “selling special jewels, which the international market had great appetite for,” Mr. Kadakia later added in an email. It attracted the attention of Eric Valdieu, then the head of Christie’s jewelry department in Geneva.

“He realized,” Mr. Kadakia continued, “the opportunities to meet with great collectors and also members of the trade in India.” So Mr. Valdieu came to visit and Mr. Kadakia was charged with chauffeuring him around Mumbai.

“I was 18 or 19 years old,” Mr. Kadakia said. “As I was driving him between appointments, I asked questions: ‘What did you see?’ ‘Was there anything of value?’” The young man’s interest was piqued.

To prepare to work in the jewelry industry, Mr. Kadakia went to the Gemological Institute of America, then in Santa Monica, Calif., to study gemology. While he was there, the school organized a career fair and Mr. Curiel arrived to represent Christie’s.

“Three hundred students applied” for jobs at Christie’s, Mr. Kadakia said, “10 were interviewed and three were hired. I used my connection.” Mr. Valdieu came through with a recommendation, and Mr. Kadakia was off to London for graduate training, then to Geneva for seven years.

Though Christie’s now has a training program, Mr. Kadakia learned to be an auctioneer from experience, assisting at small auctions and working his way up to commanding the big ones.

Mr. Kadakia did miss out on one thing: “When you go through the auction process, you are awarded a gavel. So I had no gavel,” he said. But Mr. Curiel had a selection and Mr. Kadakia asked to borrow one. He chose a turned wooden model, a copy of a gavel that Mr. Curiel had found along Portobello Road, the London street lined with antiques shops.

“I’ve been borrowing it for 23 years,” Mr. Kadakia said. “I’ve used it for everything I’ve sold at Christie’s.”

The U.S. budget deficit hit a record $1.7 trillion in the first half of the fiscal year.

Family Travel Gets Complicated Without a Covid Vaccine for Kids

Driving Less? Make Sure Your Car Hasn’t Deteriorated During Lockdown